Russian President Vladimir Putin cancelled the extended New Year holiday for government ministers because of the ongoing financial crisis, informing the agencies they must work to help strengthen the economy and take precautionary measures in the face of a combination of governmental mismanagement, dropping oil prices, and economic sanctions that have caused considerable panic in Moscow in recent weeks. In what is perhaps an attempt to save face as a new round of economic sanctions are applied to the country, Putin also blamed the government for mistakes it has made that have led to the current crisis.

For the government, for your agencies we cannot afford this long holiday, at least this year—you know what I mean.

The Russian administration Thursday offered sympathy to North Korea amid the Sony hacking scandal, saying the movie that sparked the dispute was so scandalous that Pyongyang’s anger was “quite understandable” considering Washington failed to offer any proof to back its accusations. Russia’s ties with the communist North soured after the 1991 Soviet collapse, but have improved under Putin’s watch. Moscow has taken part in international efforts to help mediate the standoff over Pyongyang’s nuclear and missile programs, although its diplomatic efforts have had little visible effect. Last week, the Kremlin said that it had invited Kim Jong Un to Moscow in May to attend festivities marking the 70th anniversary of the victory over Nazi Germany.

We perceive the U.S. threats to take revenge and calls on other nations to condemn the Democratic People’s Republic of Korea as absolutely counterproductive and dangerous… 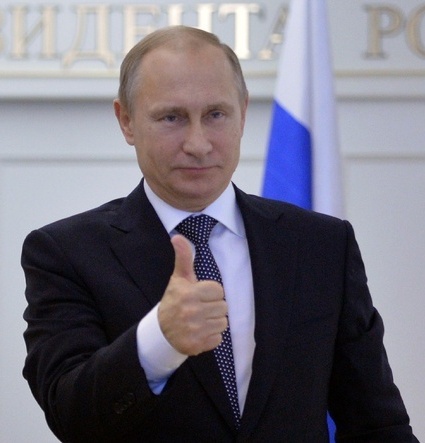