A call to arms: Iraqis urged to defend their country as insurgents threaten capital

Iraq has implemented an emergency plan to defend Baghdad as a representative for its most senior Shi’ite cleric urged people to take up arms and defend their country. Sheikh Abdulmehdi al Karbalai, a representative for Grand Ayatollah Al al Sistani, was delivering a sermon at Friday prayers in Kerbala. Islamist insurgents are edging closer to the country’s capital after seizing large swathes of territory as they head south on the road from Mosul to Baghdad.

The plan consists of intensifying the deployment of forces, and increasing intelligence efforts and the use of technology such as [observation] balloons and cameras and other equipment

Security forces (pictured above) are gathering at a base just 32km (20 miles) outside Baghdad, ready to protect the city from Islamic State of Iraq and the Levant (ISIS) fighters who have vowed to march on the city. Iraq’s Shi’ite-led government says a fight-back is under way after the Sunni insurgents took control of the northern cities Mosul and Tikrit, having already taken control of Fallujah and parts of Ramadi. But the militants moved into the towns of Saadiyah and Jalawla in the eastern province of Diyala after security forces abandoned their positions.

The president is mindful that the United States has sacrificed a lot in Iraq and we need to not just be taking this all back on ourselves. We need to come up with solutions that can enable the Iraqis to manage their internal security and their internal politics. 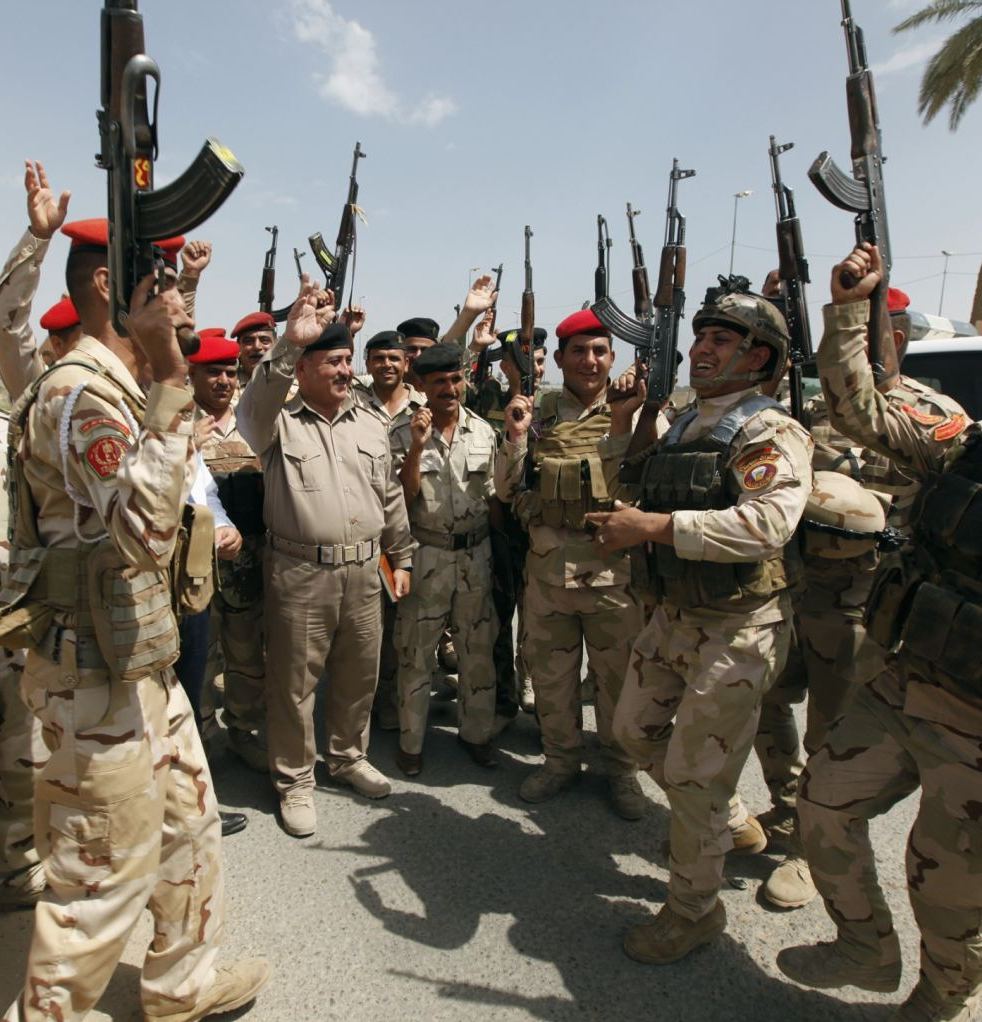