Ukraine’s interior minister has accused Russia of allowing tanks to cross its border to help pro-Russian separatists there. Arsen Avakov said that a “column” with armoured vehicles crossed from Russia through border control points controlled by pro-Russian separatists near the Dyakove village in eastern Ukraine. Mr Avakov said that “part of this column has been destroyed” by Ukrainian forces. Russia denied the report.

We have observed columns passing with armoured personnel carriers, other armoured vehicles and artillery pieces, and tanks which, according to our information, came across the border and this morning were in Snizhnye.

Confirmation of direct Russian involvement in the rebels’ uprising would raise the stakes in Moscow’s worst standoff with the West since the Cold war ended more than two decades ago. In a sign of his concern, President Petro Poroshenko discussed the situation with his defence and security chiefs and then told Putin by phone that the situation was “unacceptable”, his spokesman said. 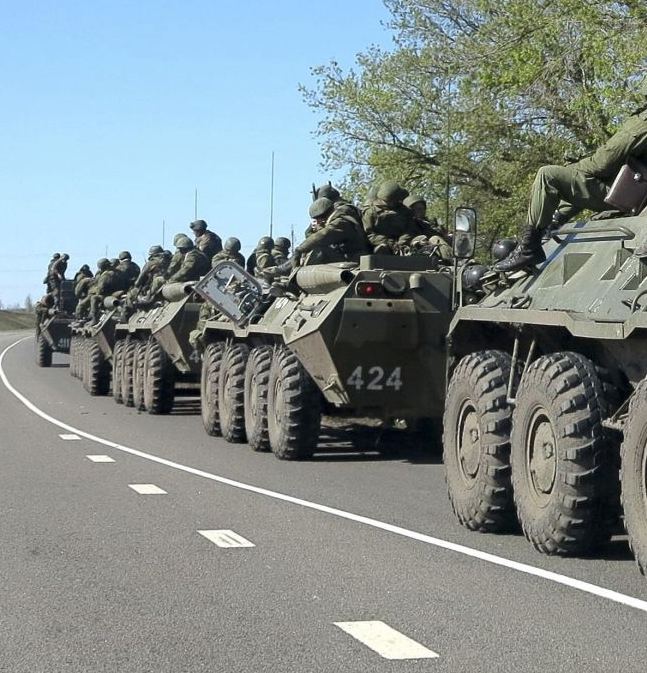