A child’s dream: Why Legos keep washing up on a British beach

For the last 17 years, Lego pieces have been washing up on the shores of Cornwall, England, to the delight of mystified beachgoers. On Feb. 13, 1997, a shipping container filled with nearly 5 million Lego pieces was thrown into the sea when the ship carrying them, the New York-bound Tokio Express, was struck by a huge wave. In all, 62 containers were lost overboard some 20 miles offshore, the BBC reports. According to Tracey Williams, a British writer who launched a Facebook page—Lego Lost at Sea—to document the Lego discoveries, most of the pieces were nautical-themed: scuba gear, sea grass and spear guns among the plastic dragons and daisies.

If you heard that your neighbor had found a green dragon, you’d want to go out and find one yourself.

Tracey Williams, a British writer and founder of Lego Lost at Sea, a Facebook page

Of the 4.8 million Lego pieces lost, an estimated 3.2 million of them were light enough to have floated to the surface, Williams says. While confirmed findings from the Lego container have been limited to the U.K. to date, Facebook users around the world have been reporting possible discoveries. 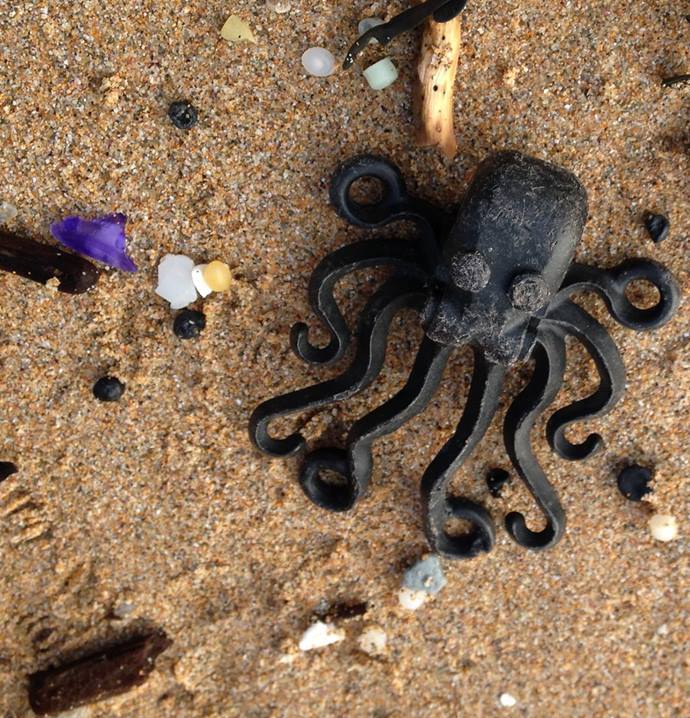