Police in Gaza have confiscated a bombed-out doorway bearing a Banksy artwork from a graffiti artist after its original owner complained he had been tricked into selling it cheap. Artist Belal Khaled paid 700 shekels ($172) for the image of the goddess Niobe holding her head in her hand which had been spray-painted on the doorway to Rabea Darduna’s ruined home. Banksy, famed for his satirical murals in unexpected places, visited Gaza earlier this year and left several paintings on the outside walls of buildings. His pieces regularly sell for more than $438,000.

The policemen took the door away and they told me it would be held in accordance with a court order because there was a lawsuit against me. I am the true owner of the door now, and I will seek to establish this in court.

Mr Khaled, 23, told Reuters that police seized the painting from his home in Khan Younis, southern Gaza. They were accompanied by Mr Darduna, a civil servant. A police spokesman had no immediate comment, but Mr Darduna’s lawyer, Mohammed Rihan, confirmed the claims to the Bansky painting were under court review. "I will seek to return the door to its true owner, Rabea Darduna. My client was cheated,“ Mr Rihan said. Mr Khaled has said he had no plans to sell the doorway "at the present time”. A Banksy mural painted on a shop in London in 2013 sold at a private auction for $1.1m. 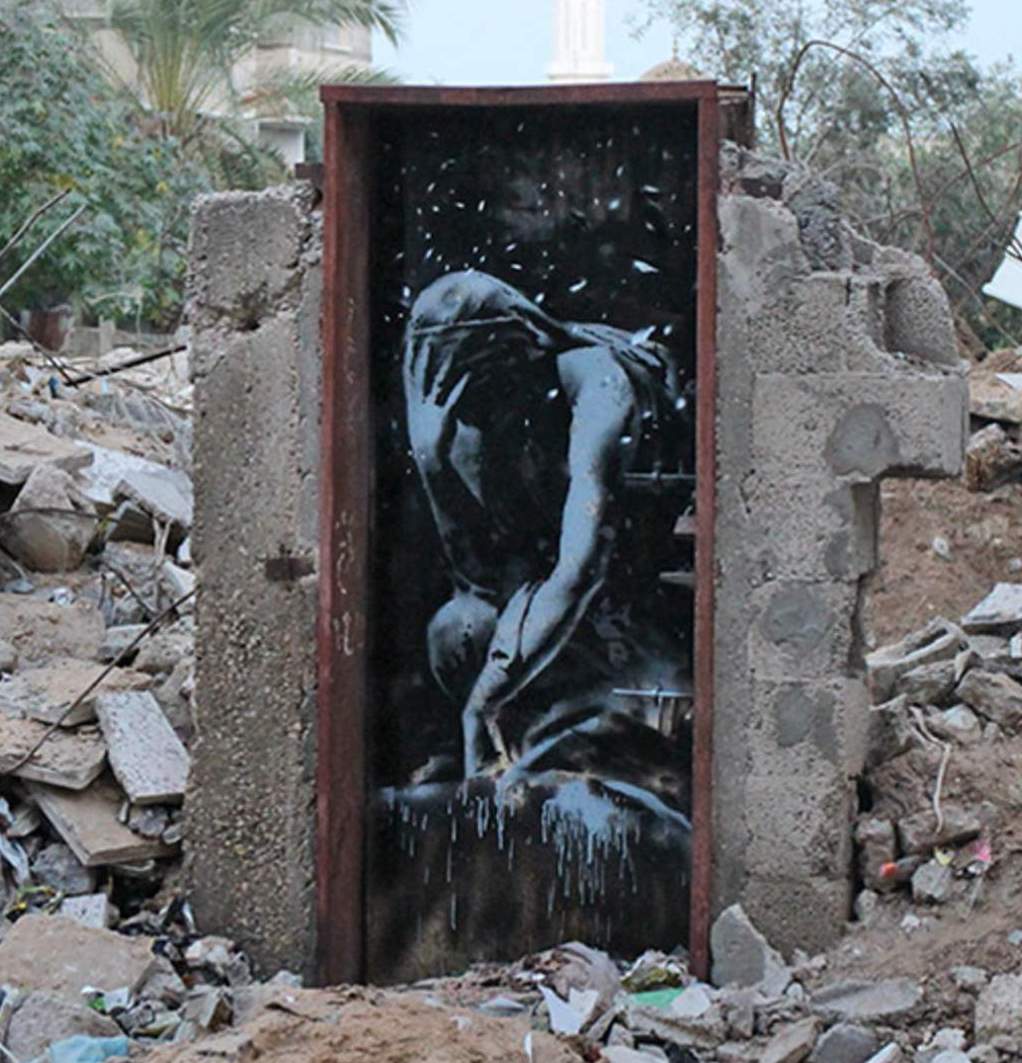