From tormentor to tour guide: Godzilla welcomed in Tokyo to lure visitors

Fire-breathing, building-stomping Godzilla was welcomed in part of Tokyo on Thursday as a sign of prosperity, not destruction. The irradiated monster was appointed special resident and tourism ambassador for Shinjuku ward, known for its down-home bars and noodle restaurants. A Godzilla-size head towering 52 meters (171 feet) above ground level was unveiled at an office of Toho, the Japanese studio behind the 1954 original. Toho is shooting a comeback film this year after a decade-long hiatus.

Godzilla is a character that is the pride of Japan.

Godzilla’s standing as an icon has had its ups and downs, but its stature has been reinstated after the Hollywood “Godzilla,” directed by Gareth Edwards, became a global hit last year. Japan is hoping the biggest star in this nation’s movie history will help lure tourists during a market-opening strategy launched by the prime minister. The longtime belief is that any place Godzilla destructs in the movies is sure to prosper in real life, Yoshizumi said. Toho’s reboot is set for release next year, ahead of Edwards’ sequel for Legendary Pictures and Warner Brothers, planned for 2018. 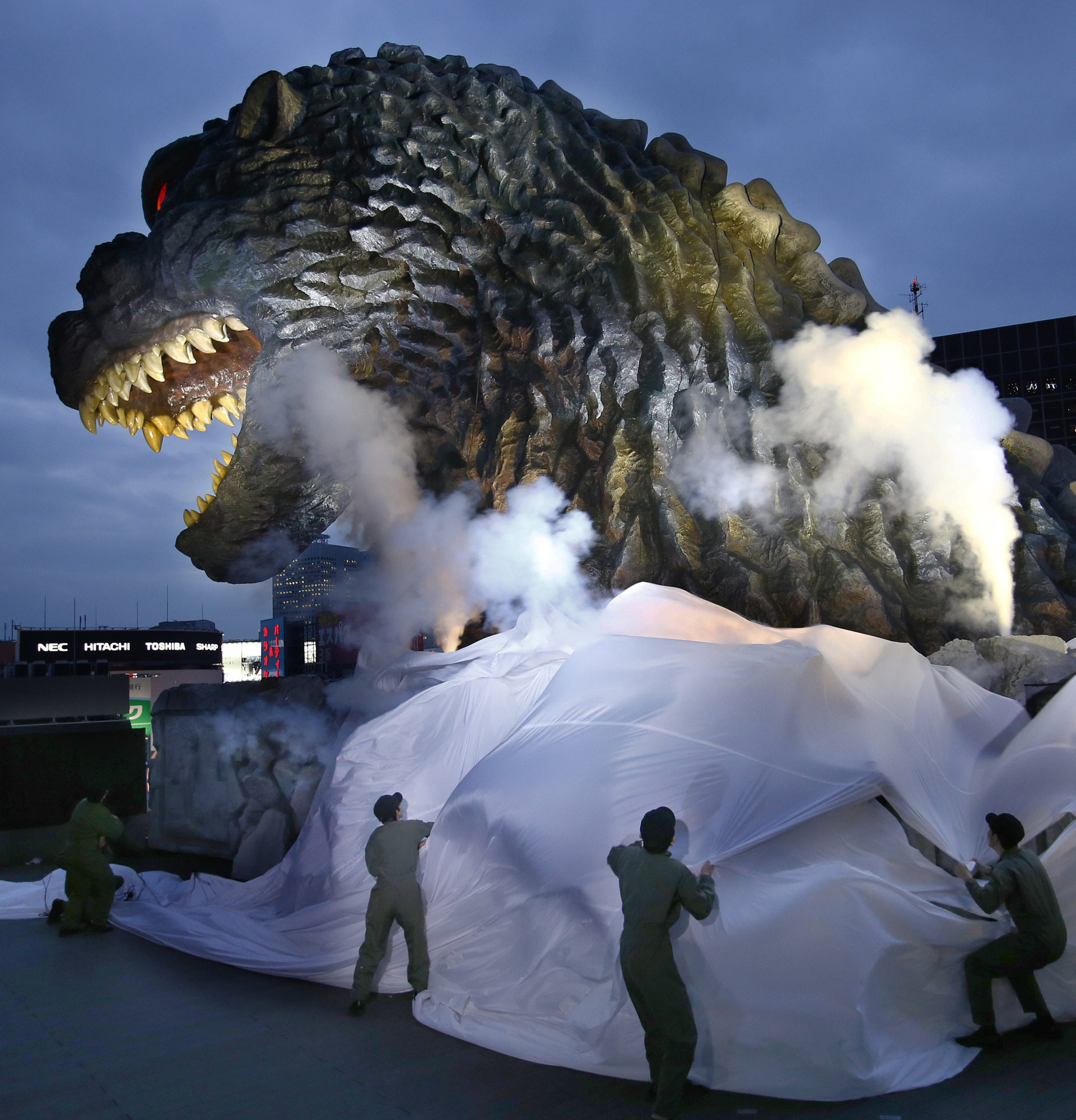