If Toronto Mayor John Tory has his way, the city could see new raccoon-resistant green bins on curbs as early as this year, the CBC reports. The current bins, and the midnight snacks that raccoons help themselves to, have been a longtime thorn in the side of many a Toronto homeowner. The new bins focus on durability, stability and, most importantly, locks to keep the raccoons from raiding the contents. According to the Toronto Star, city council will vote next month on whether to award a $31 million contract to a California-based company to make the new bins.

Defeat is not an option.

According to Suzanne MacDonald, a York University animal behaviourist, the new bins would be more effective because raccoons have five fingers on each hand, but no opposable thumbs, making it difficult for them to turn the locking knob. She also points out that Torontonians need not worry about raccoons going hungry - they found food long before there were green bins, and they’ll find food once they’re no longer accessible.

We think they’re evil geniuses. They are smart, but we have big brains and they have small brains. If they get into our garbage, it’s our fault. 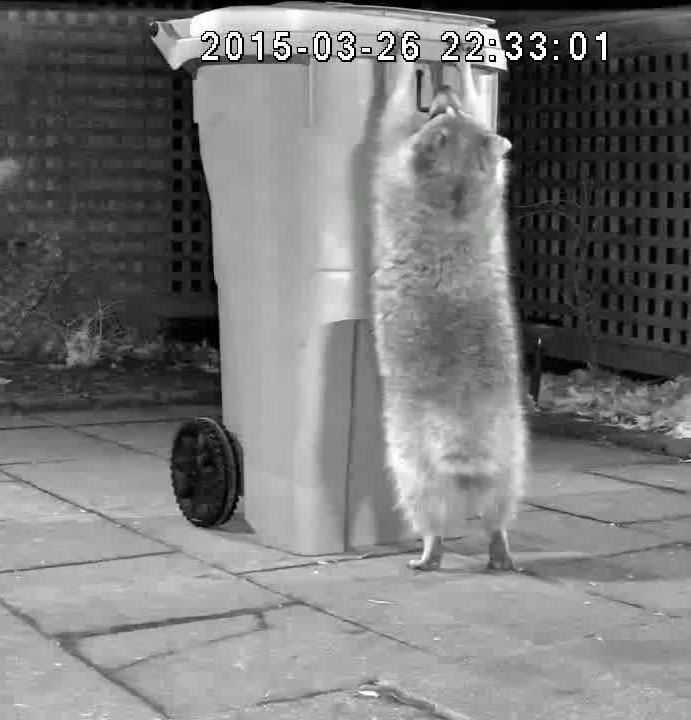