Abu Dhabi’s Etihad gets its superjumbo jet, complete with ‘suite in the sky’

Abu Dhabi’s national carrier, Etihad, showcased on Thursday the arrival of its first Airbus A380, outfitted with “the only three-room suite in the sky.” The A380 is the first of a fleet of 10 on order from Etihad Airways, which is to take delivery of four more of the double-decker jets next year. The airliner says the suite has already been booked for its inaugural flight to London.

By deploying the A380 on to London, we’ll be able to sell more seats, and that’s the same for Sydney and New York.

The maiden flight of Etihad Airways’ long-awaited Airbus A380 superjumbo will take place next week, the Abu Dhabi carrier said Thursday, also announcing its first Boeing 787 Dreamliner route. The rapidly growing airline said it had nine more A380s and 71 additional 787s on order, describing the delivery of the first two planes in its updated fleet as “momentous”. The A380 is to enter commercial service on 27 December with a flight to London Heathrow, while Etihad’s first 787 flight will land in Duesseldorf in Germany on 1 February next year. 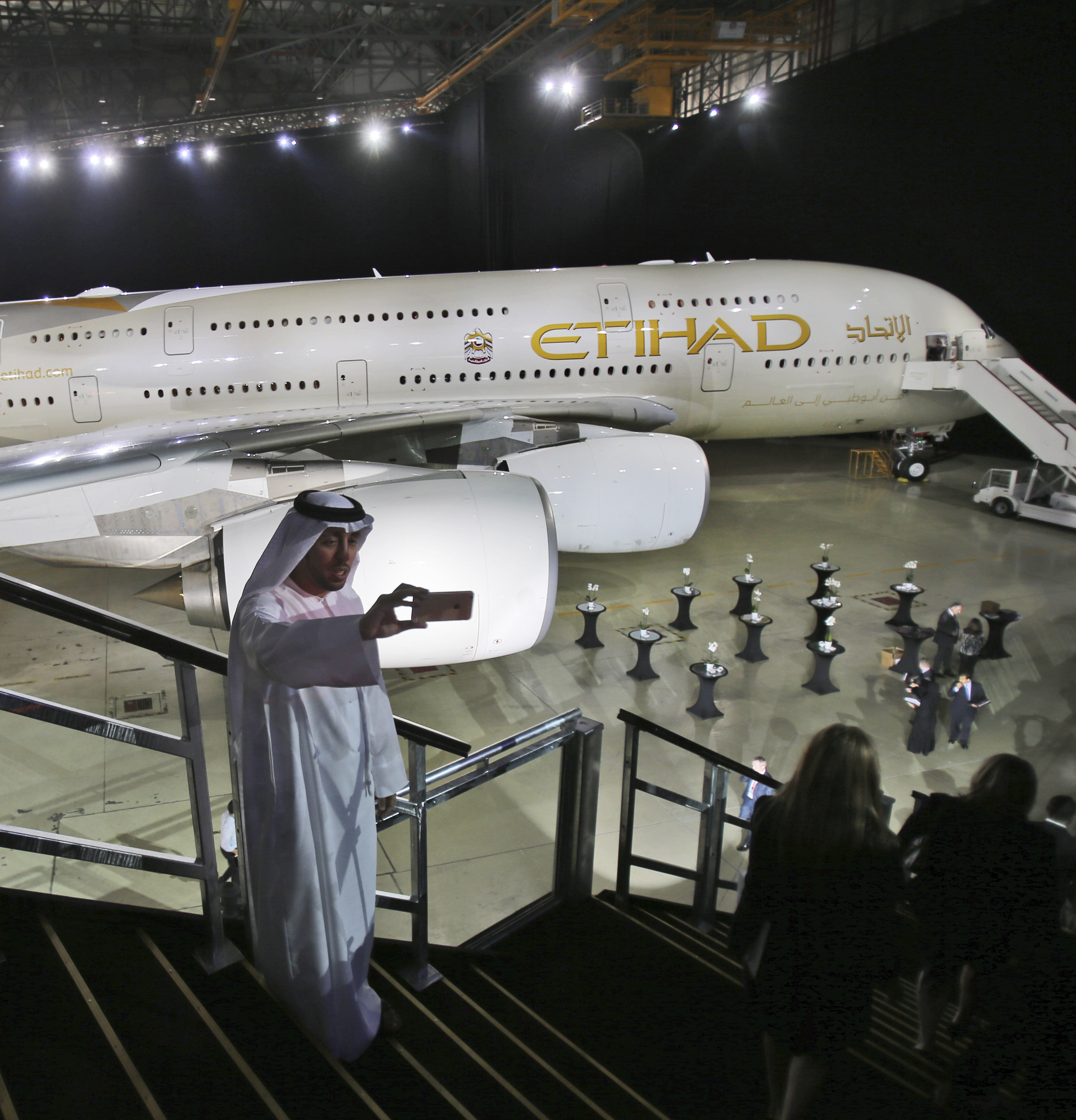