Iraqi Kurdish forces on Wednesday launched a broad offensive backed by mass bombing from U.S.-led coalition warplanes to retake the northeastern Sinjar area from the Islamic State group. The advances came as Pentagon sources claimed that several of the Islamic State group’s key leaders were killed in strikes, including the top commander for Iraq. The two-day blitz into the Sinjar region involved 8,000 peshmerga fighters and some of the heaviest air strikes since the coalition started an air campaign four months ago. The peshmerga said they recaptured eight villages on the way and killed about 80 IS fighters in the initial phase of the offensive. Jihadists still control of the town of Sinjar, on the southern side of the mountain and many of the surrounding village.

While IS projects strength through a campaign of intimidation and brutality the peshmerga have exposed its weakness today, demonstrating once again that it can be defeated.

The jihadist group proclaimed a “caliphate” over parts of Iraq and Syria nearly six months ago after sweeping through Iraq’s Sunni heartland and throwing the country into chaos. A devastating IS attack on the Yazidi minority’s Sinjar heartland in August displaced tens of thousands of people and was one of the reasons put forward by U.S. President Barack Obama for launching a campaign of air strikes. Battle lines are more static in Syria, where the West is not coordinating its air campaign with the regime. Recently, the bodies of 230 people from a tribe that rose up against the jihadists in the Deir Ezzor region were found in a mass grave, a monitoring group said. 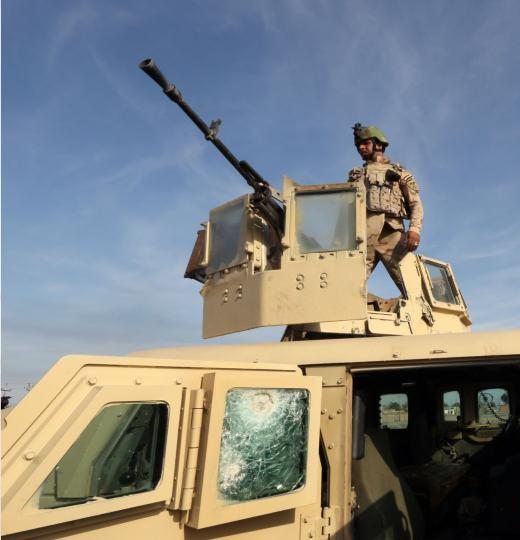