Analysis: New focus on how Pakistan will address militancy

Many wonder if the attack that killed 148 people at a Pakistani school will be a watershed in the country’s long, conflicted history with Islamic militancy. It’s easy to be skeptical that authorities will now wage an all-out war on terror. Still, there are some reasons to believe the latest attack could be different – and it’s not just that almost all the dead were children. On Thursday, hundreds of Pakistanis went to the school to show their support for the dead and wounded and condemn the militants. Analysts say the Islamabad government needs strong public support to continue the fight against militants in the country’s northwest.

I think this has the potential to be a historic moment. I think everyone senses that.

But actions speak louder than words, and a Pakistani anti-terrorism court on Thursday granted bail to the chief suspect in the 2008 Mumbai attack trial, a defense lawyer said, a decision immediately criticized by India. The 60-hour siege on India’s economic capital left 166 people dead, and relations between the two nuclear-armed rivals worsened dramatically. India blames the Mumbai attack on a Pakistan-based militant group Lashkar-e-Taiba, demanding those who orchestrated it be punished. Subsequently, Pakistan put seven men on trial on charges they assisted in siege, including Lakhvi, but the trial has not made any progress. 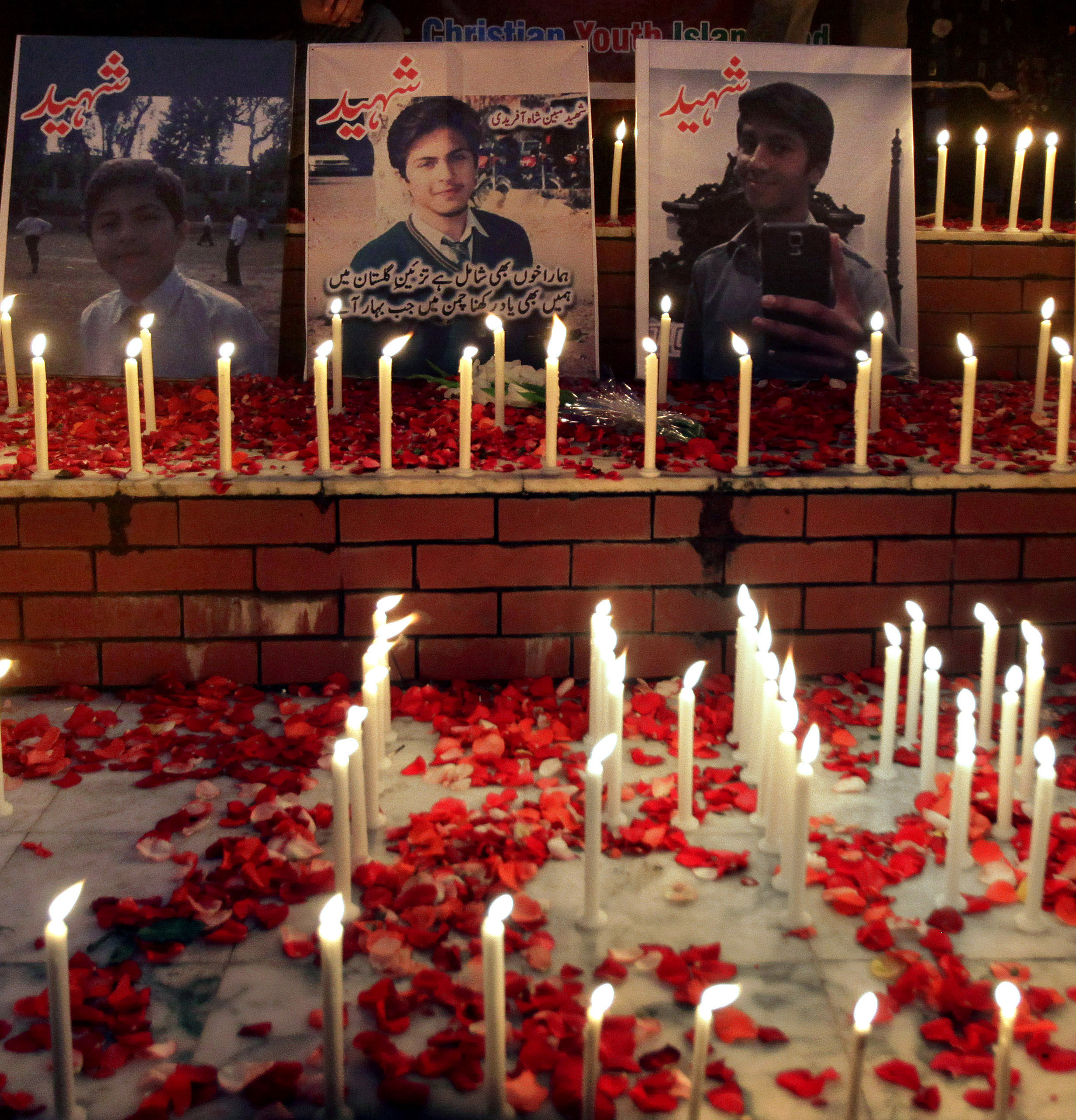