One person has been gored in the leg on the first race day of Spain’s famed San Fermin running of the bulls festival on Monday. Thousands of revelers crammed into the main square of northern Pamplona on Sunday ahead of the bull running, kicking off with a water and wine fight. The fiesta, an uproarious blend of hair-raising daily bull runs and all-night partying, was immortalized in Ernest Hemingway’s 1926 novel “The Sun Also Rises”.

The tide is really turning on bull fighting. The only reason it’s still going as an industry is because of tourism. You cannot attend this event as a tourist thinking it’s just a bit of fun without lending your support to the way the bulls are violently killed. It’s archaic.

Meanwhile, more than 150 activists descended on the main square on Sunday garbed in fake blood and holding signs that read: “You Run. Bulls Die”. People for the Ethical Treatment of Animals (Peta) and Spanish animal welfare organisation AnimaNaturalis organised the demonstration, calling for people not to be complicit in the “unnecessary and archaic” murder of defenceless animals. The Running of the Bulls is a tradition that dates back to the Middle Ages, when the cattle had to be herded through the streets en route the bullring where they would be killed for food. 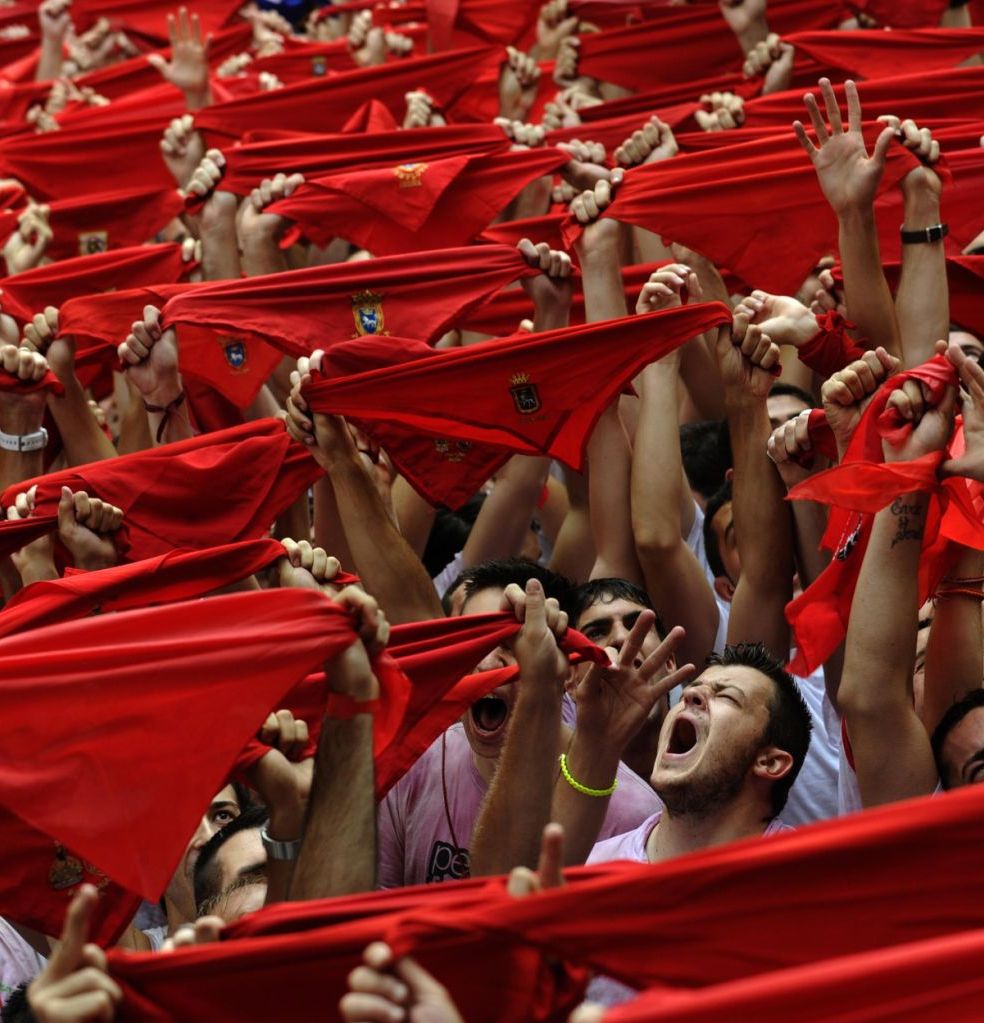