To the wire: Indonesia’s tight, dirty presidential race may be decided in West Java

The closest and dirtiest presidential race in Indonesia’s young democracy could be decided on Wednesday among the mosques and rice paddies of West Java, the nation’s most populous province. Former special forces chief Prabowo Subianto and Jakarta Governor Joko “Jokowi” Widodo are running neck-and-neck in opinion polls, leaving markets in Southeast Asia’s largest economy under pressure and on tenterhooks awaiting the outcome. Indonesia’s voters face a clear choice: the relatively untested, untainted Jokowi or a tough nationalist in Prabowo who has top military leadership experience but is dogged by decades-old allegations of army brutality, which he denies.

The young democracy of Indonesia is about to face a tough maturity test on July 9.

All eyes are on the main battleground province of West Java, an area the size of the Netherlands but with a population nearly three times larger. Prabowo has seized a single-digit lead from Jokowi in the province of 46 million people, helped by a smear campaign that raised questions about the Jakarta governor’s race and religion. Jokowi’s lead in national opinion polls—as much as 30 percentage points three months ago—has shrunk as the smear campaign has developed. To counter the smear, Jokowi is set to go on a minor pilgrimage to Saudi Arabia early this week when there is a ban on public campaigning before the vote.

We stopped by in a mosque this afternoon and [Jokowi] joined the prayer. Everyone saw him praying and the immediate reaction was ‘Oh, so he is a Muslim.’ 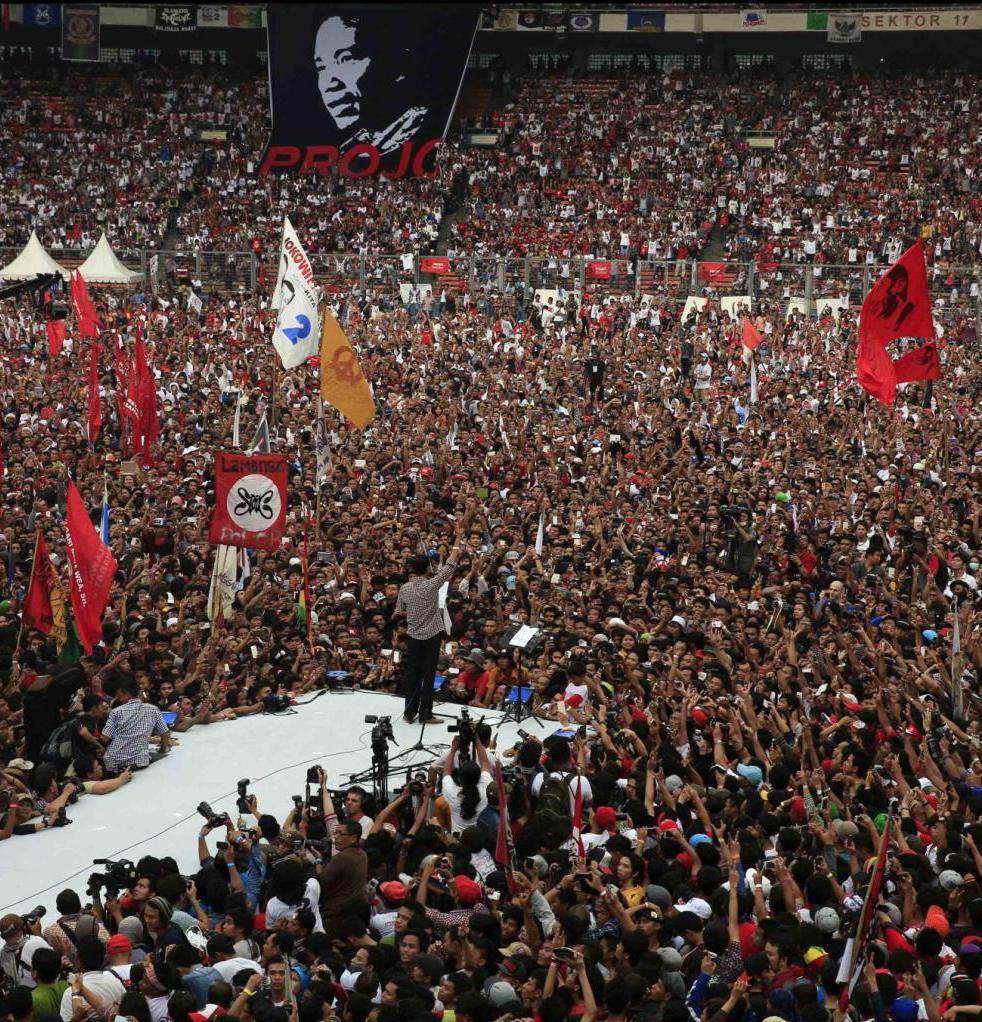