Twin teenage girls have run away from their home in the UK and travelled to Syria, sparking fear they may have joined militants in the Islamic State (IS). The 16-year-old girls from Manchester crept out of their bedroom in the middle of the night and boarded a flight to Istanbul in Turkey. Police say their parents found their beds empty at 8pm last Thursday. Counter-terrorism officers were then alerted after the girls made contact with their family from Syria where their elder brother is believed to be a jihadi fighter.

It’s unlikely that two 16-year-old girls would be able to afford two expensive flights. So we are looking at the possibility that they had a contact there. It’s definitely a line of enquiry that their trip could have been bankrolled by a third party – that it was pre-planned.

Spokesman for the Greater Manchester police

The family, of Somali origin, are believed to have moved to the UK 10 years ago. The girls’ flight to Syria comes the day after video footage emerged of ISIS leader Abu Bakr al Baghdadi calling on all Muslims to obey him. 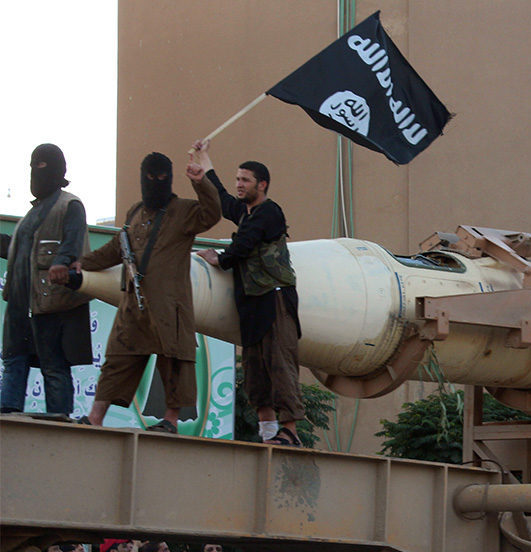