Afghan presidential contender Abdullah Abdullah’s camp rejected preliminary results of last month’s runoff election on Monday as a “coup” against the people, putting him on a dangerous collision course with his rival, Ashraf Ghani. The Independent Election Commission on Monday announced that Ghani won the June 14 second round with 56.44 per cent of the vote, according to preliminary results. The tally might change when the final official numbers come out on July 22. The deadlock over the vote has quashed hopes for a smooth transition of power in Afghanistan, a concern for the West as most U.S.-led forces withdraw from the country this year.

We don’t accept the results which were announced today and we consider this as a coup against people’s votes.

Abdullah has accused outgoing president Hamid Karzai of playing a role in the alleged rigging in fellow Pashtun Ghani’s favour and says he would accept the vote only if he saw firm evidence that fraudulent votes had been thrown out and the final result was clean. Taliban insurgents remain a formidable security risk after vowing to disrupt the election process. His rejection sets the stage for a possible bloody standoff between ethnic groups or even secession of parts of the fragile country, which is already deeply divided along tribal lines. 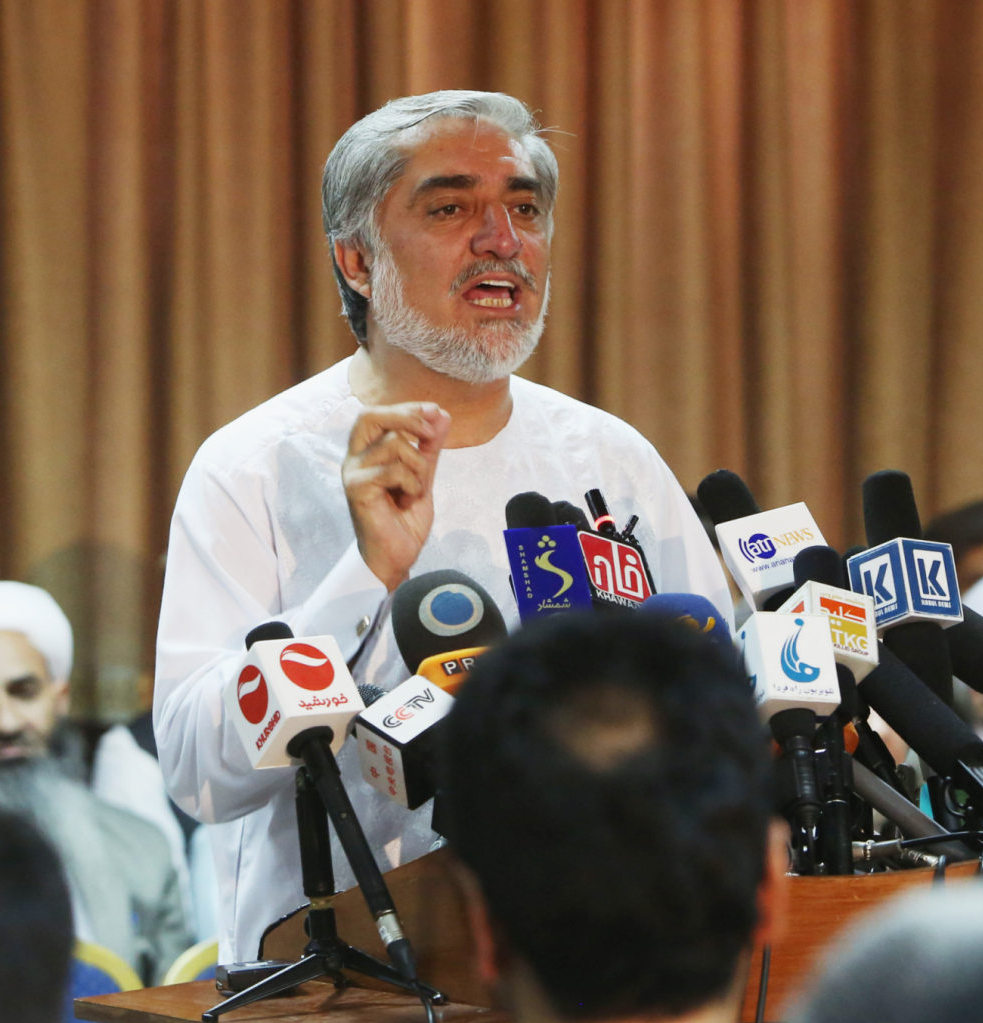