This is the original Big Bird - a feathered creature with a wingspan of 7.3 meters, according to a study out Monday. Pelagornis sandersi was twice the size of the biggest bird alive by wingspan today – the Royal Albatross – and is the largest bird to ever take to the air. Coupled with its long beak and sharp bony teeth, the enormous wings likely helped the bird master long periods of gliding over water in search of seafood some 25 to 28 million years ago. The Pelagornis sandersi’s wing and leg bones along with its complete skull were first discovered in 1983 near Charleston, South Carolina.

Pelagornithids were like creatures out of a fantasy novel – there is simply nothing like them around today.

The previous size record holder was an extinct, six-million-year-old bird found in Argentina, named Argentavis magnificens. Its wingspan was estimated at about 6.4 meters. These ancient birds were “remarkably efficient fliers” that were found across all seven continents, making “the cause of their ultimate extinction all of the more mysterious,” said the study. 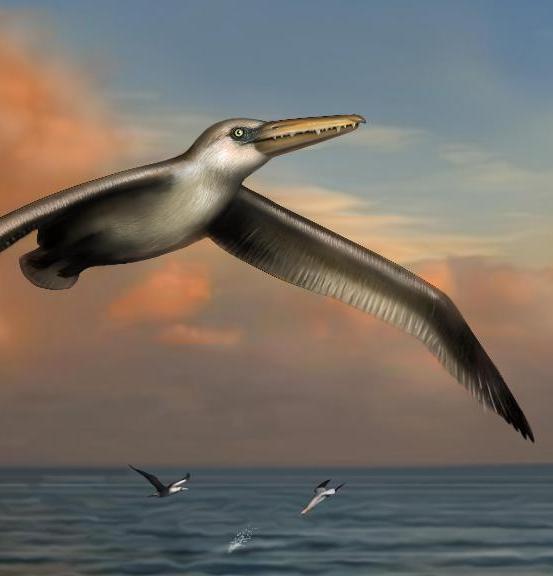