For the thousands of families who have visited Kabul’s City Park, the first amusement park in Afghanistan, since it opened during a national religious holiday weekend in October, it’s been a rare escape from lives blighted by war, death and misery. Set at the foot of the snow-capped Hindu Kush mountains, next to the filthy Kabul River and near a zoo famous only for its abused, one-eyed lion, City Park is one of few places residents of the Afghan capital can take their children for a relaxing day out. The park features large friendly characters that look almost, but not quite, like Minnie Mouse and Tom the cat from Tom and Jerry—all dancing together and dispensing hugs.

We have a great feeling when we see our people forget their sorrows for a few minutes and smile when they come here.

Traditional fairground rides—including a Ferris wheel and bumper cars—attract the older kids, while a carousel, face painting and games keep younger children happy. The rest of the city is a virtual fortress. Major buildings are protected by concrete and barbed wire, roads are choked with traffic as former thoroughfares are blocked to prevent suicide bombers reaching potential targets like the Presidential Palace. Gun-toting security forces guard almost every street corner. 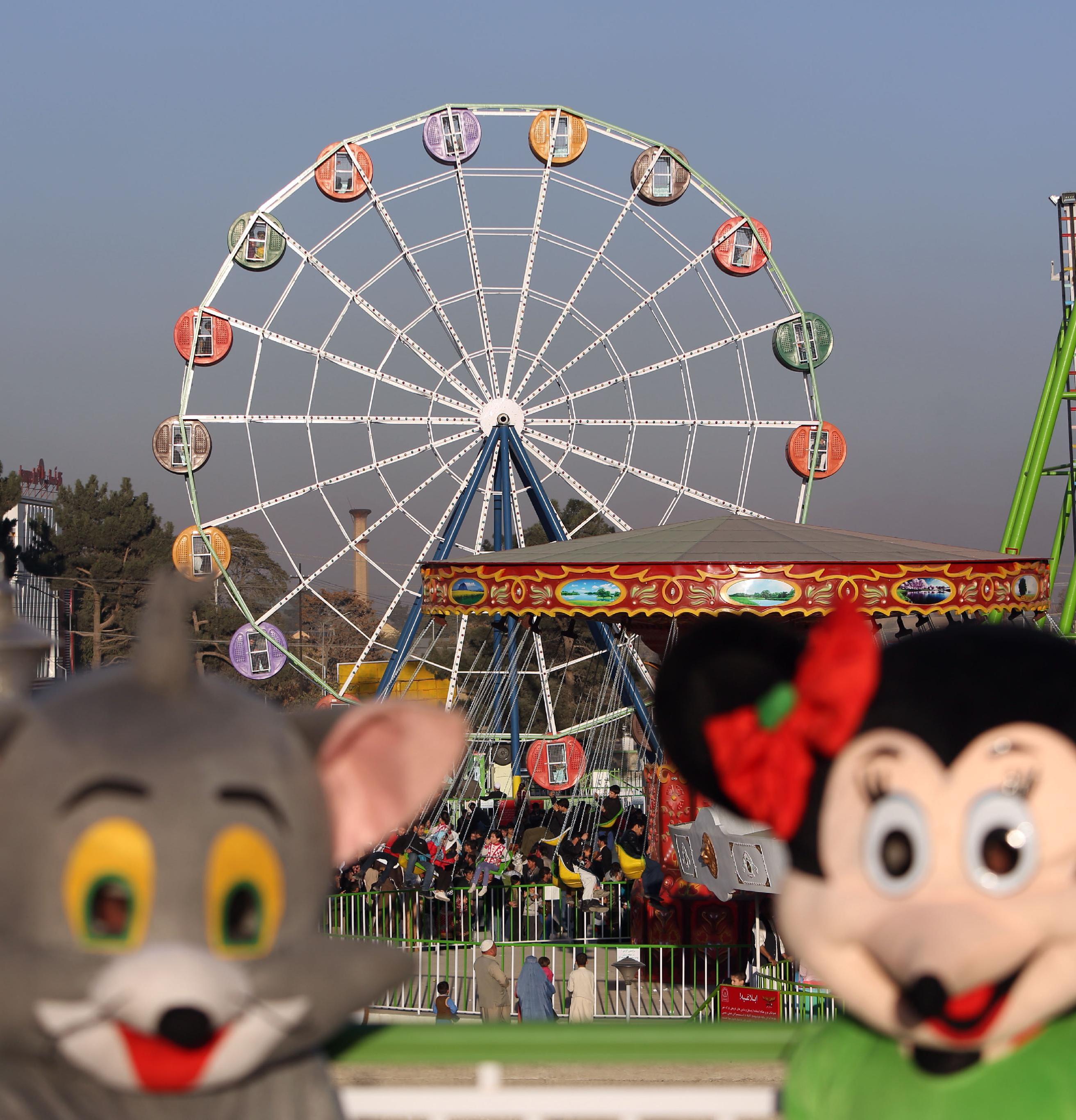