Bolivia and Peru, the two main producers of the Andean “superfood” quinoa, are locked in a bitter commercial feud. As Peru boosts production of cheaper factory-farmed quinoa, the grain is increasingly being smuggled into landlocked Bolivia to be mixed with, and sometimes sold as, organic quinoa — Bolivia’s specialty, growers and government officials say. Peru and Bolivia have both made quinoa, which scientists consider as nutritious as mother’s milk, an export priority. A decade ago, Peru accounted for just 6 percent of global sales while Bolivia had 90 percent, according to U.N. figures. But Peru is on track to supplant Bolivia this year as the top exporter, having doubled production from 2013 to 95,000 metric tons amid strong demand from the U.S. and Europe.

There is so much supply on the market because of Peru’s big production that prices simply must go down. The price downturn is irreversible.

Peru’s higher output stems from greater use of insecticides and chemical fertilizers as agribusiness steps up cultivation in coastal valleys, where there are two harvests a year compared to one in the highlands. Around 500 Bolivian quinoa farmers marched on the presidential palace Monday to demand that President Evo Morales halt the invasion of Peruvian quinoa. A week earlier, Bolivian authorities took 23 metric tons of Peruvian quinoa seized at a checkpoint near the border, dumped it into a ditch, soaked it with diesel fuel and burned it for TV crews. If Bolivians want to compete with Peru, many believe, they need more government backing in certifying the organic product’s purity.

It needs to demonstrate scientifically that it is the best, because it’s difficult to tell by taste. 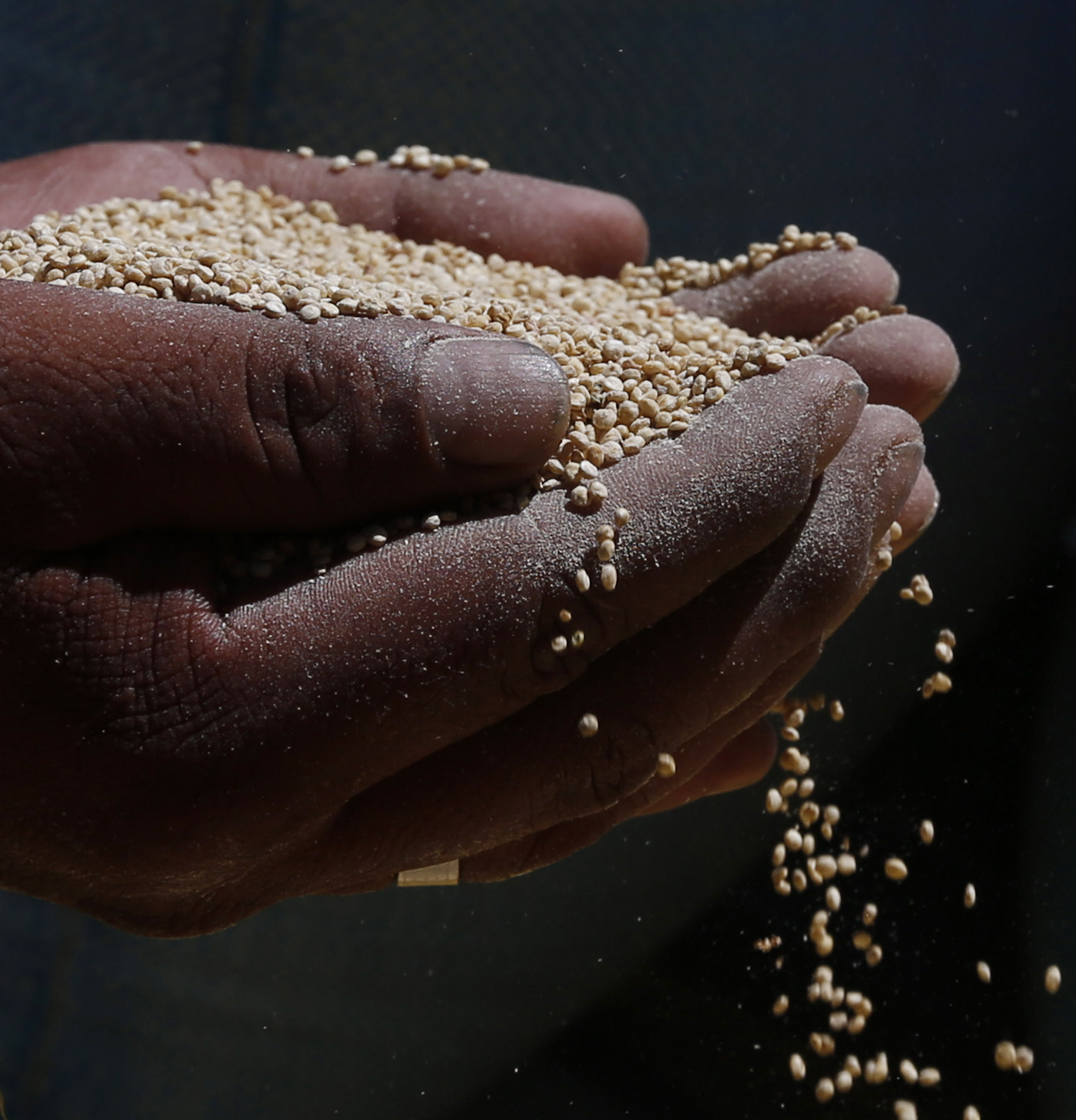