Ahead of curfew ending, bombs kill 40 in Baghdad area

Baghdad’s decade-old nightly curfew ended after midnight Sunday, hours after bombs exploded in and around the Iraqi capital, killing at least 40 people in a stark warning of the dangers still ahead in this country under attack by the Islamic State group. The deadliest of Saturday’s bombings happened in the capital’s New Baghdad neighborhood, where a suicide bomber detonated his explosives in a street filled with hardware stores and a restaurant, killing 22 people, police said. The Islamic State group later claimed responsibility for the attack, saying their bomber targeted Shiites, according to the SITE Intelligence Group, a U.S.-based terrorism monitor. The Sunni extremist militants now hold a third of both Iraq and neighboring Syria in their self-declared caliphate.

The restaurant was full of young people, children and women when the suicide bomber blew himself up.

Hospital officials confirmed the casualty figures. All officials spoke on condition of anonymity as they weren’t authorized to brief journalists. No group claimed the other attacks. Despite the bombings, the government went ahead with its plans to lift the nightly midnight-to-5 a.m. curfew on Sunday. The curfew largely had been in place since 2004, in response to the growing sectarian violence that engulfed Iraq after the U.S.-led invasion a year earlier. 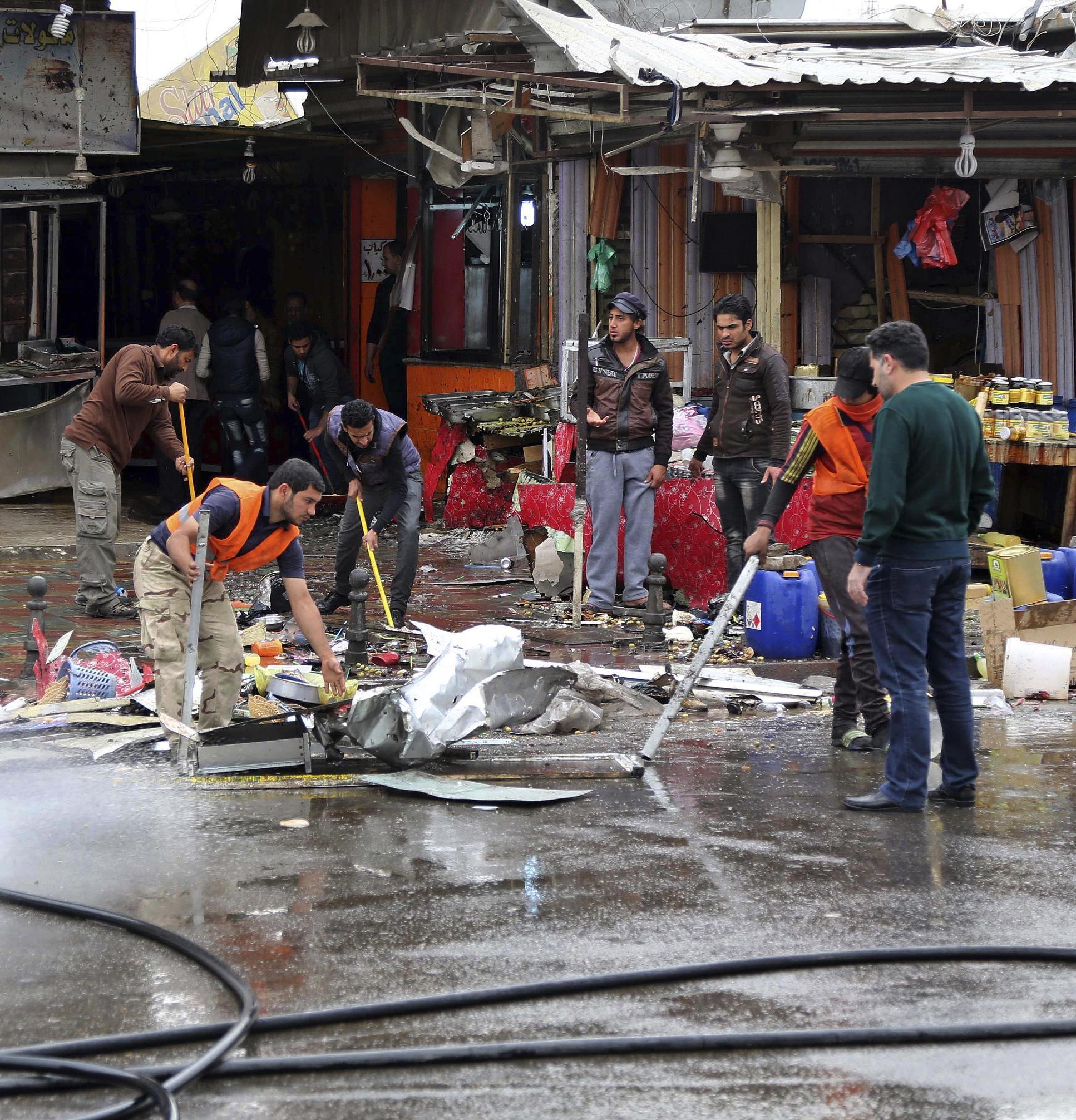