Some 25 delegates to an international AIDS conference held in Melbourne last month fear returning home and will seek asylum in Australia, refugee and welfare agencies said Monday. HomeGround Services, which helps find crisis accommodation for homeless people in Melbourne, said 14 delegates from African nations - including Uganda and Tanzania - had sought their help. “We’ve had 14 people so far come in,” spokeswoman Cathy Beadnell told AFP. The Asylum Seeker Resource Centre, also in Melbourne, said they believed up to 25 people had sought advice on how to remain in Australia once their visas had expired.

Clearly they are delegates that come from countries where to work in the AIDS field is a life-threatening proposition.

The issue of stigma and discrimination surrounding AIDS - including in Uganda, where homosexuality remains illegal and punishable by jail terms - was repeatedly raised at this year’s conference. It heard that such laws targeted minorities who bore a disproportionate share of the global pandemic, and created conditions under which HIV can spread. Australia’s Immigration Minister Scott Morrison would not comment, saying through a spokeswoman that individual applications for asylum were not discussed for privacy reasons.

All claims for protection are considered on their individual merits and according to law. 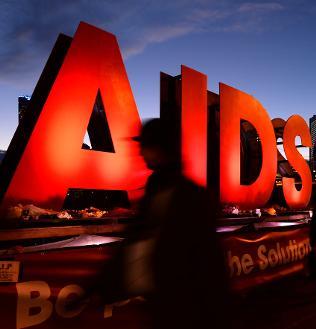