The aviation industry has been warned about the possibility of flight disruptions caused by activity at Iceland’s largest volcano system. Intense seismic tremors have been recorded at Iceland’s Bardarbunga volcano for the past three days, although there are no signs yet of an eruption. The country’s Met Office has raised the risk level to the aviation industry to orange—the second highest level.

As evidence of magma movement shallower than 10 kilometres [6.2 miles] implies increased potential of a volcanic eruption, the Bardarbunga aviation colour code has been changed to orange.

The Met Office said in a statement that the strongest earthquake in the region since 1996 was recorded early on Monday. In 2010, an ash cloud caused by the eruption of Iceland’s Eyjafjallajokull volcano shut down much of Europe’s airspace for six days. More than 10 million people were affected by the disruption. 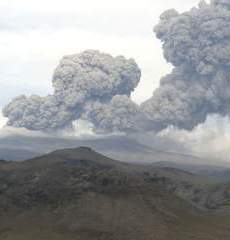