Latest round of Ferguson unrest leads to 31 arrests—including journalists

Protesters clashed with police again Monday night, resulting in 31 arrests in Ferguson, Missouri. The arrested includes photographer Scott Olson, who was released later. Other news organisations have reported that their journalists are being detained. According to police, protesters had brought guns and Molotov cocktails to the streets, while officers were under “heavy gunfire,” with protesters also throwing rocks and bottles. Witnesses say that the protests were mostly peaceful throughout the day before the violence erupted.

I want to be able to do my job as a member of the media and not be arrested for just doing my job.

Monday was the first night in which protesters met the Missouri National Guard, which was deployed early Monday. Missouri Gov. Jay Nixon prohibited protesters staying in one place, which forced demonstrators to walk up and down the commercial corridor that has become a hub for public gatherings. Meanwhile, a grand jury could begin hearings on whether officer Darren Wilson, who shot 18-year-old Michael Brown, should be criminally charged in Brown’s death.

This has to stop. I don’t want anybody to get hurt. We have to find a way to stop this. 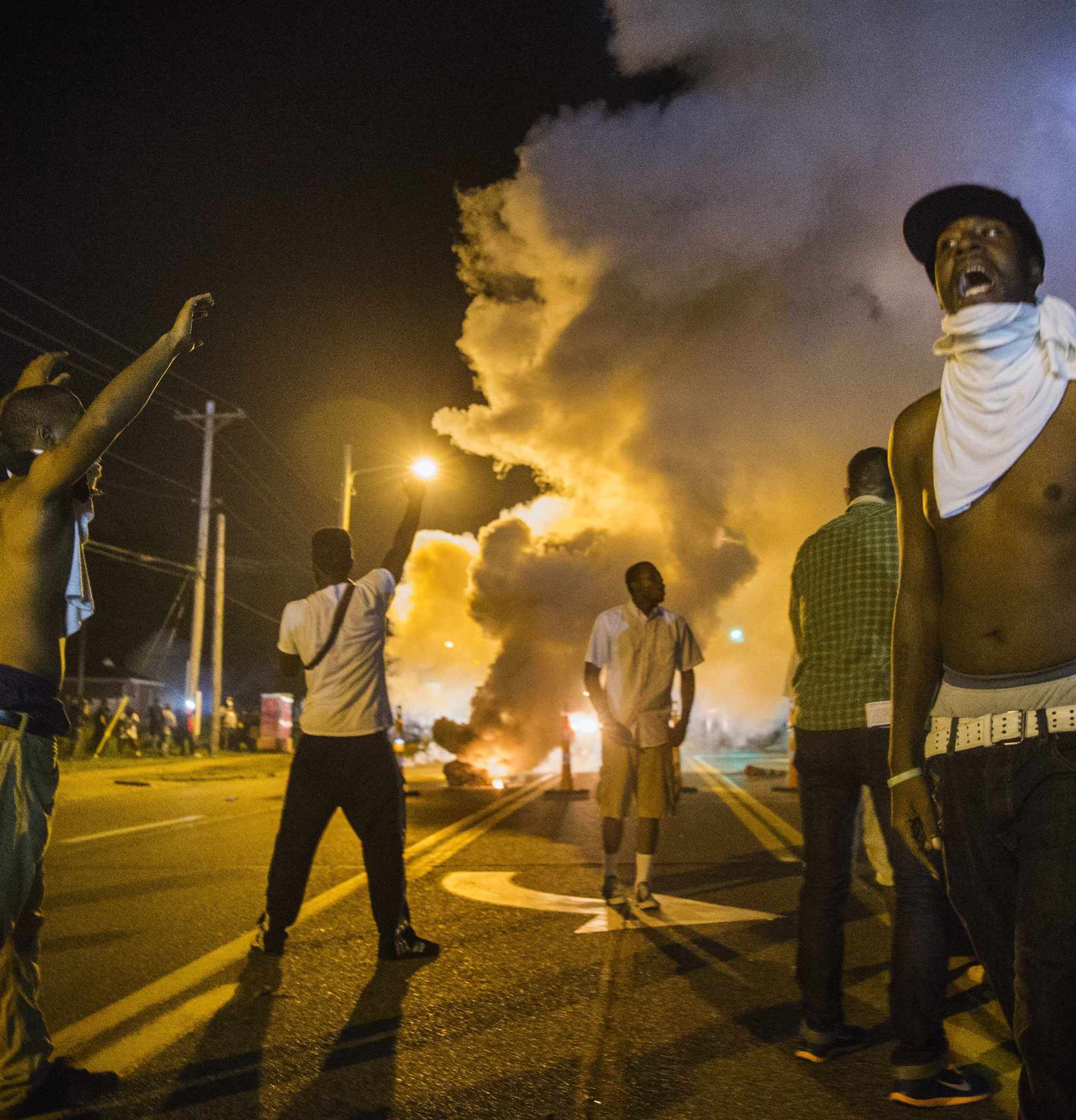