Alan “Ace” Greenberg, the former CEO of Bear Stearns, has died at age 86 of complications from cancer, his family said. Greenberg was at the helm of Bear Stearns when the 85 year-old bank collapsed in 2008 and was eventually sold to JP Morgan for $10 a share (the stock traded at $170 a share in 2007). He started at the firm as a clerk in the 1940s. His domination of the bank started in 1978, and he became known for his obsession with card games and magic tricks (which he would perform for kids). He loved cigars and exotic travel that had him hunting big game and swimming with sharks.

He was always very quick on the phone but everything he said was very meaningful. He was an iconic Wall Street leader and had a huge impact.

When Bear fell apart, most of the firm’s 14,000 employees lost their jobs and many lost their life savings. Greenberg, however, steadily cashed out before 2007 and emerged virtually unscathed by the 2008 collapse. When Bear fell, it was under capitalized and over extended with billions of dollars of basically worthless mortgage securities. JPMorgan Chase, with support from the Federal Reserve, acquired it for $270 million. In the deal, Greenberg was able to command a lucrative trading deal for himself. The collapse spawned a Greenberg memoir as well as a bevy of books about the Great Recession. 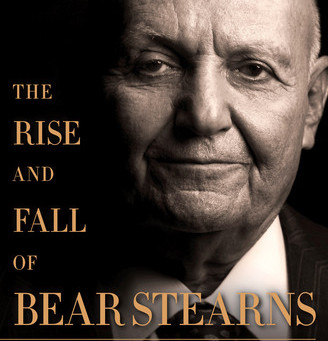