Amazon wants to test its delivery drones near Seattle as part of a rapid expansion of a programme that’s sparked widespread debate over the safety and privacy implications of drone technology. Chief Executive Jeff Bezos wants to use the small unmanned 50mph aircrafts to deliver packages in 30 minutes or less as part of it’s “Prime Air” programme. Amazon is seeking permission to test drones in outdoor areas near Seattle, where one of its research and development labs is working on the technology.

One day, seeing Amazon Prime Air will be as normal as seeing mail trucks on the road today, resulting in enormous benefits for consumers across the nation.

Amazon’s head of global public policy Paul Misener, in a letter to the FAA

Currently Amazon has the option of testing drones indoors. But it cannot conduct R&D flight tests in outdoor space in the state of Washington, an area where Amazon wants to base its tests due to the close proximity of its headquarters and testing lab. It is now asking the Federal Aviation Administration for permission to do so. In 2013, the U.S. government created six sites to test drones for broader commercial use in Alaska, Nevada, New York, North Dakota, Texas, and Virginia. But the area near Seattle, where Amazon wants to conduct its tests, was not among them.

Of course, Amazon would prefer to keep the focus, jobs and investment of this important research and development initiative in the United States. 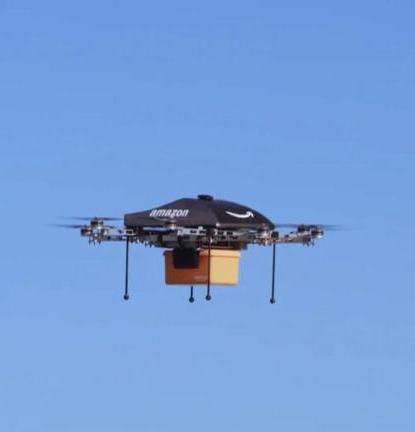