E-commerce giant Amazon says it has boosted efficiency by deploying more than 15,000 wheeled robots to crisscross the floors of its biggest warehouses and deliver stacks of toys, books and other products to employees. It’s all in time for Cyber Monday as well, or the Monday after Thanksgiving, Amazon’s single biggest day of online shopping. The company has also invested heavily this year in upgrading and expanding its distribution network, adding new technology, opening more shipping centers and hiring 80,000 seasonal workers to meet the coming onslaught of holiday orders.

We pick two to three times faster than we used to. It’s made the job a lot easier.

Amazon says it processed orders for 36.8 million items on Cyber Monday last year, and it’s expecting the 2014 edition to be even busier. The Tracy facility is one of 10 in which Amazon has deployed the robots, using technology acquired when the company bought robot-maker Kiva Systems Inc. in 2012. About 3,000 robots navigate the facility by scanning coded stickers on the floor, following digital commands that are beamed wirelessly from a central computer. Each of the squat orange machines can slide under and then lift a stack of shelves that’s 1.2 metres wide and holds up to 340 kilogrammes of merchandise.

Our focus is all about building automation that helps people do their jobs better. 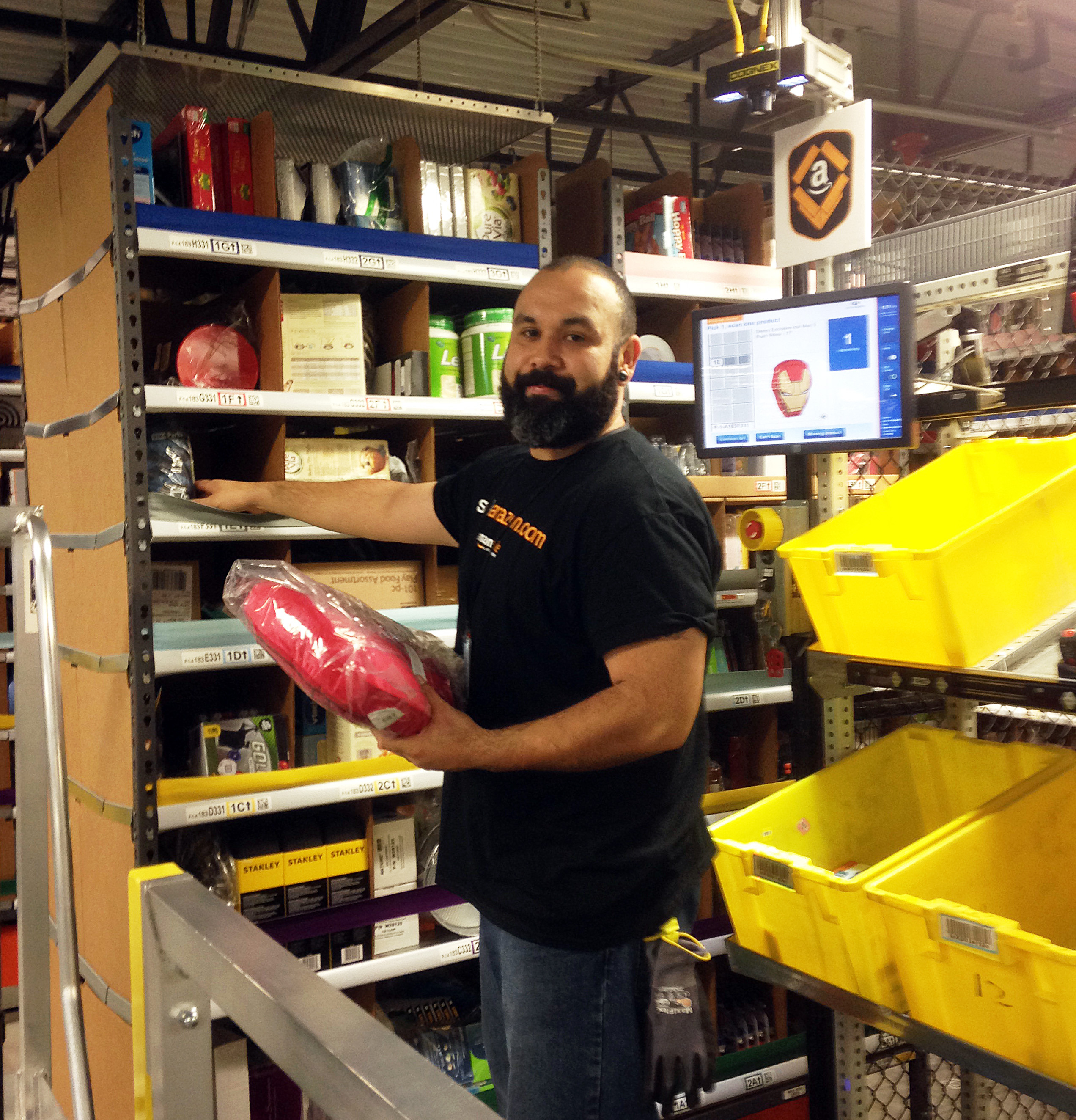