An uneasy peace in Ferguson: Is it sustainable another night?

Some clad in clerical collars and others in flowing robes, religious leaders have descended on Ferguson, Missouri, to help end nearly two weeks of violence sparked by the police killing of an unarmed black teenager. By Thursday, their efforts appeared to be working, as Gov. Jay Nixon ordered the Missouri National Guard to begin withdrawing. Scenes of unrest have erupted since a white police officer fatally shot an unarmed black 18-year-old nearly two weeks ago.

We need to start the healing process. We are close, we are so close.

Police said they made only six arrests overnight Wednesday, compared to more than 40 on Tuesday night and dozens in prior nights. And they said there was no need for the tear gas, dogs and riot gear that they have deployed to quell confrontations with protesters. The response to Brown’s death turned violent because of a convergence of factors, observers say, including the stark nature of the killing in broad daylight, an aggressive police response to protests, a mainly black city being run by white officials—and the cumulative effect of killing after killing after killing of unarmed black males. 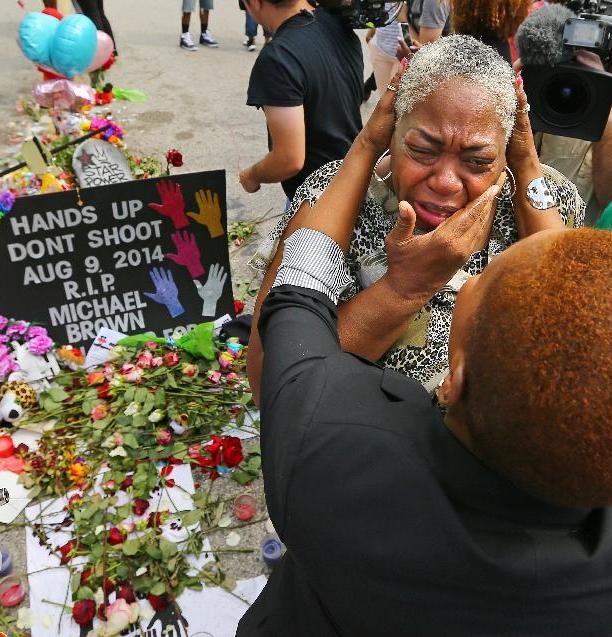