Thousands of people angry over alleged police inaction after a 6-year-old girl was raped at her school in southern India rallied Saturday, demanding authorities arrest those responsible. More than 4,000 parents and relatives of children who attend the school in Bangalore shouted slogans against the school’s administration and demanded that police arrest those involved in the July 2 incident, which was reported only this past week. They carried placards that read “Enough is enough” and “We want justice,” and walked more than 4 kilometres to one of Bangalore’s main police stations. 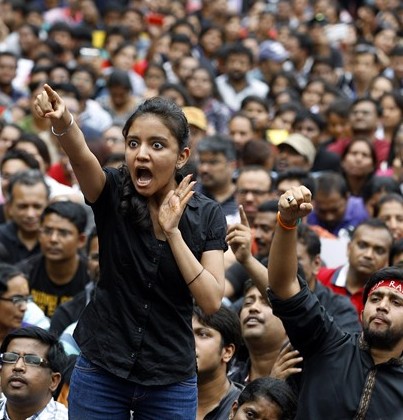