Apple shares burst through $100 barrier ahead of iPhone 6 launch

The price of Apple’s shares are heading toward an all-time high ahead of the imminent announcement of larger iPhones and the iWatch. On Tuesday, their price passed the $100 mark for the first time in two years as the company’s market capitalisation heads toward $600 billion. In September 2012, just before Apple launched its iPhone 5, the company’s stock passed the $700 mark for the first time. By April 2013, that stock price had dropped below $550 as the company was seen by many to be stagnating, having failed to introduce any new products since the iPad in 2010.

After improving the executive leadership team and adding over a dozen leaders in key areas of competency including fashion, medical research, digital content and marketing and wearables, we believe CEO Tim Cook now has the bench in place to execute on new product categories.

Now, with the company set to launch two new larger iPhone 6 models in a few weeks time, along with the much-anticipated iWatch later in the year, analysts and investors are showing renewed interest in the company. Last month, Apple announced a 7-for-1 stock split, meaning that September 2012’s $702 peak has been recalculated at just over $100, with some pitching it at $100.30 while Bloomberg has it at $100.72. Whatever the actual mark, Apple’s stock price is set to surpass the 2012 peak any day now, with the price climbing strongly since April of this year when it was hovering around $75.

Most supply chain data is pointing towards Apple gearing up to ramp 70 to 80 million iPhone 6 units across the two form factors [4.7in/5.5in]. This is a notable uptick from last year, when the supply chain ramped 50 to 60 million units. 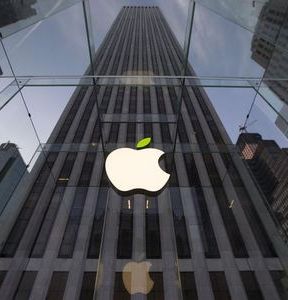