A program seen as Russia’s last independent show on mainstream television has been taken off the air amid an upsurge in anti-Western rhetoric, in a move condemned by Kremlin critics. The channel, which describes the show “as the bravest program,” was not available for comment on Saturday. All major television channels in Russia are state-controlled and closely toe the Kremlin line.

It was the last program that people watched to learn what has happened over the past week to avoid being poisoned by Rossia TV or Channel One.

Together with Internet TV channel Dozhd, the Echo of Moscow radio station and a handful of newspapers, Ren TV has been seen as a safety valve giving Kremlin critics an opportunity to vent their frustration with the authorities. Critics say that since the outbreak of the Ukraine crisis Russian national television has adopted feverishly pro-Kremlin, anti-Western rhetoric at the expense of all alternative views.

The reasons for shutting down the program are so obvious that they do not need to be commented upon.

one of the show’s journalists, Roman Super 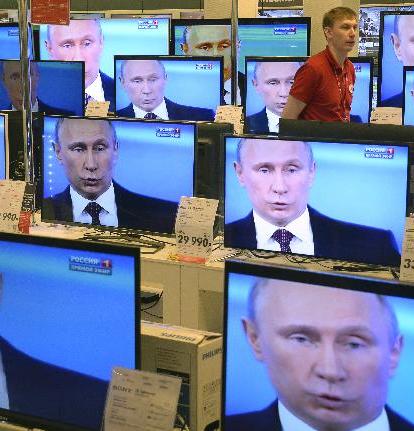