In Canada, cancer fight puts focus on lack of minorities on stem-cell lists

A Quebec woman’s desperate online plea for a compatible stem-cell donor is bringing light to the issue of a lack of minority donors. Mai Duong is fighting Leukemia and doctors say they would like to proceed with a transplant of cord blood stem cells within a month. But, there are no donors to help her cause. The mother of a four-year-old girl, Duong successfully fought off acute leukemia in 2013 with chemotherapy. She had to terminate a 15-week pregnancy to undergo the treatment. Duong was in remission until a blood test revealed leukemia had returned this past May.

"We can’t do a scavenger hunt every time someone has this type of problem."

The diagnosis and a lack of a match in her family has touched off a mad scramble to find a fellow Vietnamese donor. An online campaign has taken that hunt global. Despite looking all across Canada and more than 70 other international bone marrow lists, a match has yet to materialize. It’s a numbers game: minorities are dramatically under-represented in Canada and abroad. Internationally, only about one per cent of the 24 million listed donors are of Asian background. Hema-Quebec, the organization that manages the province’s donor list, has amassed 1,700 new registrants since Duong’s campaign started a few weeks ago, including nearly 1,000 people who indicated they were Asian. Normally, they do about 2,500 registrations for an entire year. Duong is showing resilience but the search goes on.

If you or someone in your entourage doesn’t have leukemia or some other blood cancer, chances are you just don’t know about bone marrow donation and it just shouldn’t be that way. 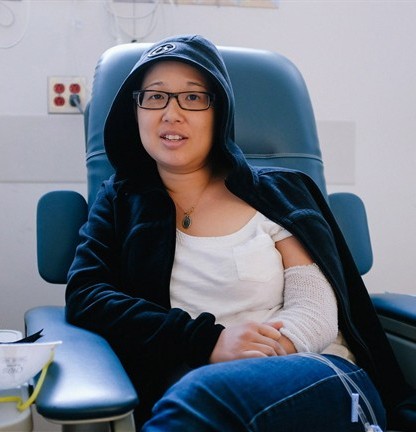