As U.S. fighter jets pound Islamic State targets in Syria, Washington’s coalition allies appear increasingly absent from the air war. Although President Barack Obama’s administration announced the Syrian air strikes three months ago as a joint campaign by Washington and its Arab allies, nearly 97 per cent of the strikes in December have been carried out by the United States alone, according to U.S. military data provided to Reuters. The data shows that U.S. allies have carried out just two air strikes in Syria in the first half of December, compared with 62 by the United States. U.S. officials are keen to prevent the coalition from fraying over concerns about the air campaign’s direction. Some allies have long worried the air strikes might unintentionally bolster Syrian President Bashar al-Assad by striking a common enemy, sources said. However, officials in the United States and the region insist that political tensions simmering within the coalition had nothing to do with dwindling coalition strikes.

It’s legal issues. It’s concerns that our European partners and others have about where Syria is going. So the reality is, even though we say the problem knows no border, by definition there’s a distinction.

In total, the United States carried out 488 air strikes in Syria through Dec. 15, according to U.S. military data. The drop in air strikes by coalition partners in Syria underscores the contrast with the campaign in Iraq. Across the border, the United States has allies with highly trained and equipped air forces, including Britain, France, Canada and Australia. They see the air campaign in Iraq on far more solid legal ground, since they are there at the invitation of Baghdad. 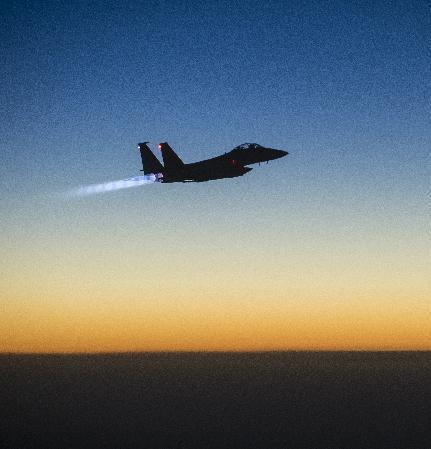