Around 30,000 people fled a major military offensive against the Taliban in a Pakistani tribal area Wednesday, after authorities eased a curfew in a sign the campaign is likely to intensify. The military has deployed troops, tanks and jets in North Waziristan on the border with Afghanistan, in a long-awaited crackdown on the Taliban and other militants in the tribal area. Adding to the pressure on the insurgents, two U.S. drone strikes hit compounds in the area early on Wednesday.

First, ground troops will enter in major towns and will then move towards the suburban areas … [after strengthening their positions] we will then go to the villages and to the mountains.

It’s like doomsday for people in Mir Ali, where death is everywhere since Saturday. They start the day with artillery shelling early in the morning. Gunship helicopters come for shelling during the day and jets strike at around 2 to 2:30 in the night. 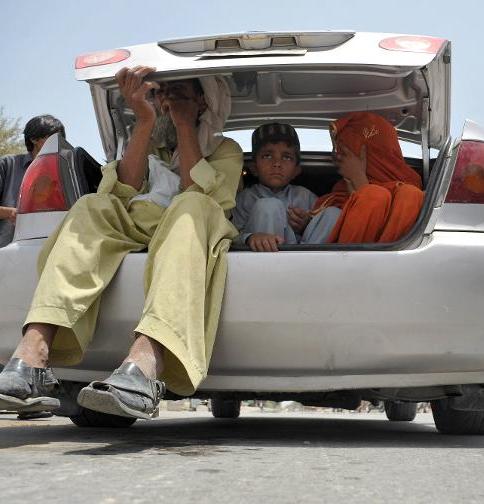