World Cup: Champions Spain crash out, Croatia back on track

Spain’s reign as defending champions was ended in the most humiliating of manners when they crashed out of the World Cup at the group stage after a 2-0 loss to Chile. The loss to goals by Eduardo Vargas after 20 minutes and Charles Aranguiz two minutes before half-time meant Vicente Del Bosque’s team saw a six-year winning streak encompassing two European and a first world crown come to an end. The loss left the Spanish as red-faced as their shirts as they suffered an even swifter exit than France suffered in 2002 and Italy in 2010.

We were inferior to both Holland and Chile. They got the goals and gave us a mountain to climb. We were too timid in the first half and did not react sufficiently in the second.

Spain’s loss to Chile came after a harrowing 5-1 decimation at the hands of 2010 World Cup finalists, Netherlands, who themselves qualified for the second round by beating Australia 3-2. Goals from Arjen Robben, Robin van Persie and Memphis Depay denied a valiant Socceroos side, who led for a period in the second half. In Group A, meanwhile, Croatia got their campaign back on track by thrashing Cameroon 4-0. The Croatians had lost their opening match to Brazil in controversial circumstances, but were in top form against the Africans. Croatia’s win sets up an intriguing final group stage match against Mexico, with the winner guaranteed a place in the knockout stages. 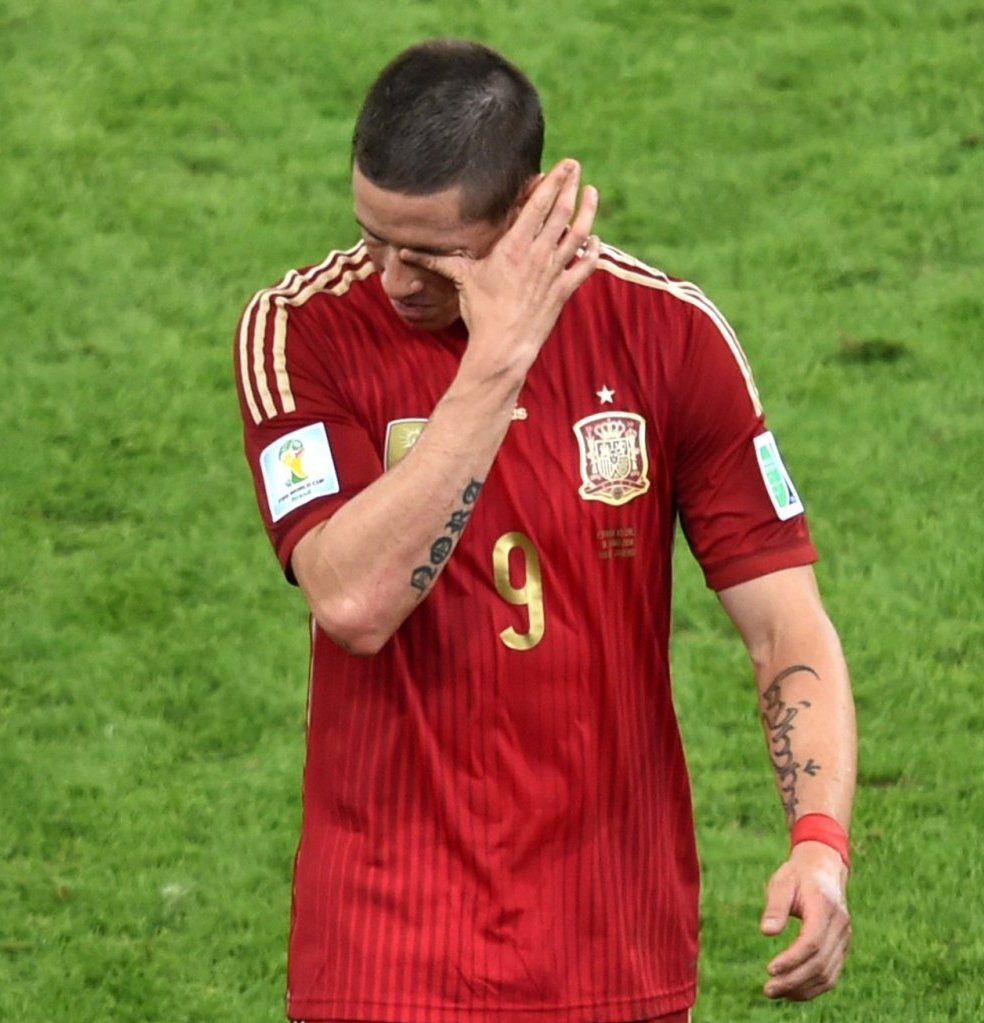