The cremated remains of nine victims of a 1978 mass cult suicide-murder in Jonestown, Guyana, have turned up in a former funeral home in Delaware, officials said Thursday. The state Division of Forensic Science has taken possession of the remains, discovered at the former Minus Funeral Home in Dover, and is working to make identifications and notify relatives, the agency and Dover Police said in a statement. The division last week responded to a request to check the former funeral home after 38 containers of remains were discovered inside. Thirty-three containers were marked and identified. They spanned a period from about 1970 to the 1990s and included the Jonestown remains. The bodies of 911 massacre victims were brought after the deaths to Dover Air Force Base, home to the U.S. military’s largest mortuary. Delaware authorities also conducted an “exploratory excavation” Wednesday on the former funeral home property after finding areas of loosely compacted soil, looking for other unclaimed, cremated remains.

We had no choice. We would be taken. We have to go as one, we want to live as Peoples Temple, or end it. We have chosen. It is finished.

Letter found on a victim 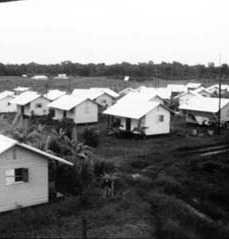