Syria’s Bashar al-Assad has been sworn in for another term as president amid a warning of ‘blowback’ against Western governments who have supported rebel fighters. Delivering his speech at the start of his third seven-year term, Assad said support of dictatorial regime overthrow in the region—dubbed the Arab Spring—was causing instability elsewhere. International security experts describe ‘blowback’ as the unintended consequence of a particular action. Assad said: “What we are seeing today in Iraq and Lebanon, and all countries struck by this ‘fake spring’ disease … proves our warnings were right.

Soon we will see Arab, regional and Western countries paying a high price for supporting terror.

Assad was re-elected last month in a landslide victory amid the lengthy civil war, but the vote was dismissed by the opposition and its Western allies as a sham. He won 88.7 per cent of the ballots cast in the first multicandidate elections in decades. Assad is from the minority Alawite sect, which is backed by Iran’s Shia government. The Sunni-backed rebels fighting his regime have been supported by Sunni Gulf states and a number of Western governments, including Britain and the United States. 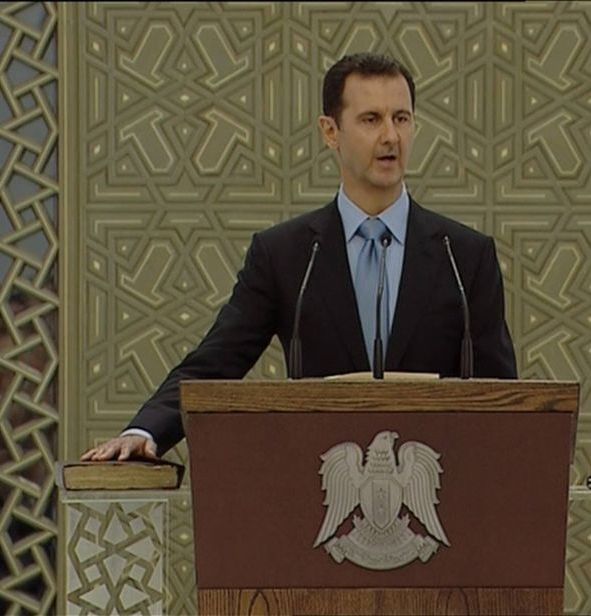