An original page of artwork from the 1971 comic “Asterix and the Laurel Wreath” was auctioned yesterday for $157,000, and all proceeds will go to the families of victims of the Charlie Hebdo attack. The artwork, sold at an auction dedicated to comic books, was a storyboard from the 18th comic in the popular French series. It will carry a special dedication by co-creator Albert Uderzo and auction house Christie’s said it would waive its commission for the charity sale.

Charlie Hebdo and Asterix are very different, of course. I am not going to change my stripes; I simply wanted to show my friendship for these cartoonists who have paid with their lives.

Uderzo, 87, in an interview with Europe 1 radio

Two days after the shootings, Uderzo came out of retirement to pen cartoons in tribute to the victims, who included some of the country’s most celebrated cartoonists. “Moi aussi je suis un Charlie” (“I’m Charlie too”) says Asterix in one of the cartoons, echoing the “Je Suis Charlie” slogan adopted by people around the world. The second cartoon showed Asterix and his sidekick Obelix bowing their heads in grief, holding their hats. Asterix grasps a rose, and their pet Dogmatix looks on with a sad look. 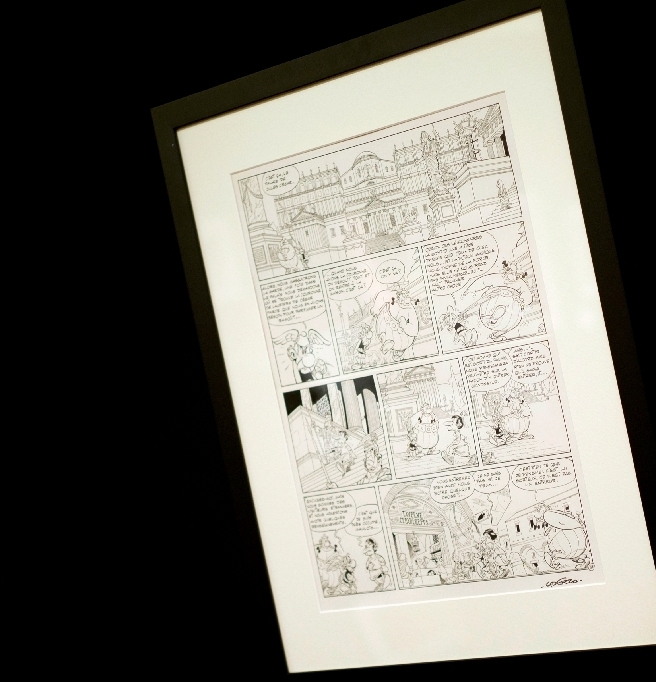