Islamic extremists killed at least 115 Syrian troops, guards and workers as they captured a gas field in central Syria following daylong clashes, activists said Friday. More than 20 militants also died in the fighting on Thursday for the Shaer gas field, the deadliest battles so far between fighters of the Islamic State group and forces loyal to President Bashar Assad. Fighters from the Islamic State have in the past few weeks seized a huge chunk of territory straddling the Iraq-Syria border where they declared a self-styled caliphate. Earlier, they already captured much of Syria’s oil-rich eastern province of Deir el-Zour. The massive assault on the Shaer field, which lies in the desert region of Palmyra in the central province of Homs, began with a suicide bombing and an attack on army checkpoints on Thursday, according to an activist there who goes by the name Beibares Tellawi.

This is the biggest operation [by Islamic State fighters] against the regime in Homs province.

The militants seized the field after fierce clashes with government forces that went on for 12 hours, Tellawi said. The Britain-based Syrian Observatory for Human Rights said 115 people on the government side were killed. The Observatory said 21 Islamic State fighters were killed during the battle, while Tellawi put the figure at 27. An official in the Homs governor’s office contacted by The Associated Press said he had no information on the incident. He declined to give his name because he was not authorized to talk to media. The Syrian government rarely comments on deadly attacks targeting its forces. 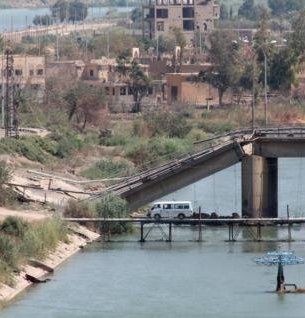