Mosquito-born chikungunya virus transmitted in the US for first time

A painful and debilitating mosquito-born virus has been transmitted in the US for the first known time, with two cases in Florida, say health officials. Those infected were a 41-year-old woman near Miami who began experiencing symptoms on June 10, and a 50-year-old man near Palm Beach, who first noticed the illness on July 1. Both of them - neither of whom had travelled out of the country before being infected - were said to be doing well.

The arrival of chikungunya virus, first in the tropical Americas and now in the United States, underscores the risks posed by this and other exotic pathogens.

Roger Nasci of the Centers for Disease Control and Prevention (CDC)

Chikungunya virus is incurable and can be fatal. Infected people usually suffer fever, severe joint pain and swelling, muscle aches, headaches or rash. Patients usually recover in about a week, though some people suffer long-term joint pain. There were more than 230 chikungunya US cases reported this year, but all the others were travellers thought to have been infected elsewhere. The virus is transmitted from an infected person only if they are bitten in the first weeks of illness by an uninfected mosquito, said state epidemiologists. 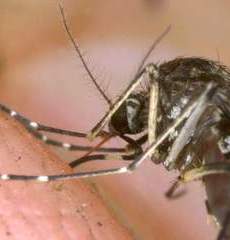