Four men have been sentenced to 20 years hard labour for the murder of a British aid worker and the rape of his Russian fiancee. Khuram Shaikh, 32, was stabbed to death on Christmas Day 2011 at a hotel while on holiday in Sri Lanka. The Red Cross worker’s fiancee was beaten unconscious before being sexually assaulted. Colombo High Court has sentenced the four, including Sampath Vidanapathirana (pictured), a ruling party supporter and head of the council in Tangalle town, where the two were staying, to “rigorous imprisonment” for 20 years. Judge Rohini Walgama also fined them 20,000 rupees (£87) each and ordered them to pay 200,000 rupees (£87,000) each in compensation.

I am pleased that those who killed my brother have been punished and will be behind bars for a long time.

Shaikh’s fiancee, who can not be identified under Sri Lankan law, was in court and seen wiping away tears as the verdict was delivered. The aid worker’s brother, Nasir Shaikh, was also in court. Britain’s High Commission in Colombo said: “The officials of the Attorney General’s office have shown great professionalism and integrity and we would like to thank them.” President Mahinda Rajapaksa’s government came under criticism over delays in bringing the case to trial. The government had said delays were unavoidable due to forensic work. Friction between Sri Lanka and Britain over the murder case had grown before a summit of the Commonwealth group of countries in Colombo last November.

The fact that a prominent politician is now behind bars is extremely significant and many Sri Lankan journalists told me this would not happen. I hope it marks a turning point for Sri Lankan justice and sends out a message that no one is above the law. 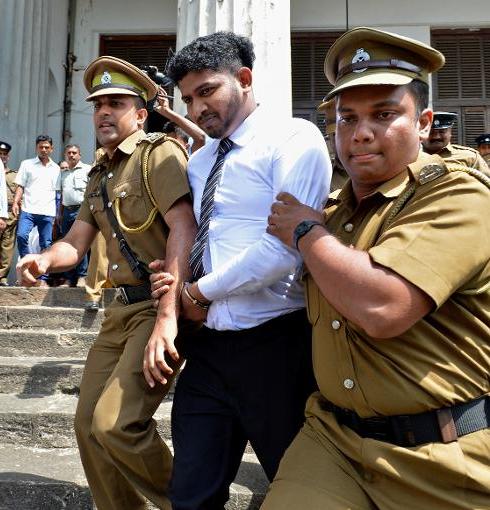