The disaster-weary Philippines braced for a second severe storm in five days on Saturday as the death toll from Typhoon Rammasun surged to 77, officials said. While Tropical Storm Matmo was not forecast to hit the main island of Luzon, the weather service warned it would still bring heavy rains to the area over the weekend, along with the threat of flash floods or landslides. Matmo) has entered the Philippine area of responsibility. The threat from Matmo came as the country picked up the pieces from Rammasun, the first major storm of the wet season and the deadliest since Super Typhoon Haiyan killed about 7,300 people in November last year. Rammasun sliced across the country’s economic heartland including Manila on Tuesday, killing 77 people and wrecking more than 111,000 homes, the National Disaster Risk Reduction and Management Council said in an updated tally.

(Matmo) has entered the Philippine area of responsibility. We should get ready now before the heavy rains fall.

Meanwhile, Vietnam began evacuating more than 118,000 people in northern provinces Friday as the country prepared for the arrival of Typhoon Rammasun early Saturday. The typhoon is forecast to make landfall in Vietnam early Saturday in the coastal province of Quang Ninh, about 185 kilometers east of Hanoi.

We have evacuated more than 1,300 people to safe shelters and more people will be evacuated later today [Friday]. 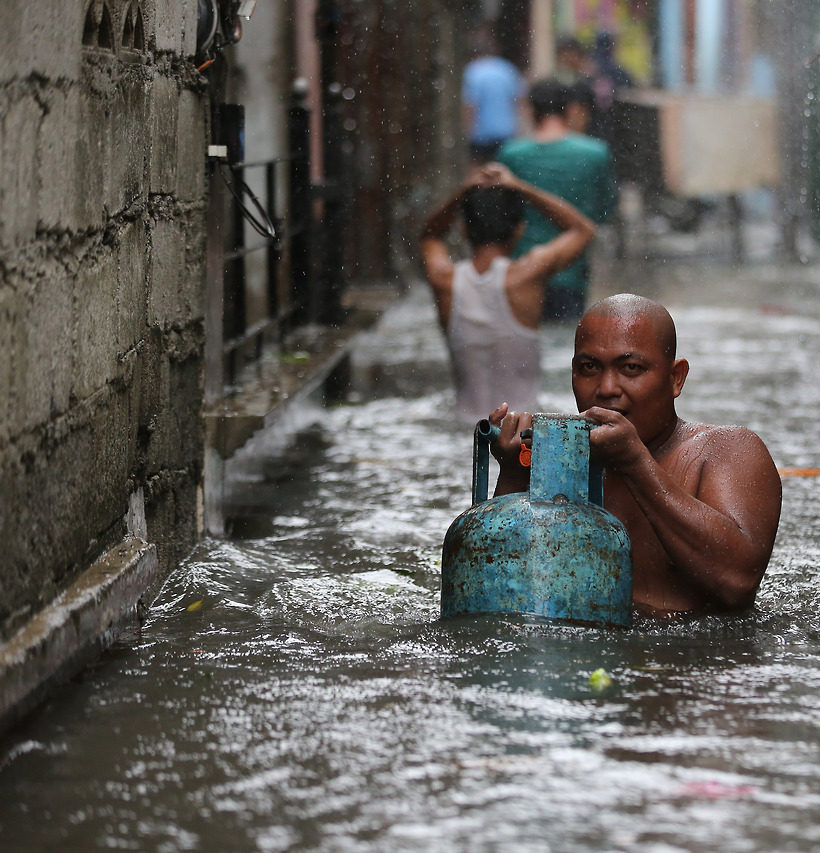