At least 13 dead and thousands powerless as typhoon hits Philippines

The first typhoon of the Philippines’ brutal rainy season shut down the nation’s capital on Wednesday, killing at least 13 people across the country and cutting power for millions. Ferocious winds from Typhoon Rammasun tore roofs off houses, overturned cars and ripped down electricity lines in the megacity of Manila as well as remote fishing villages hundreds of kilometres away.

The extent of the damage is huge.

Falling trees, poles and walls killed at least 13 people across the northern parts of the Philippines that Rammasun swept over with wind gusts approaching 200 kilometres an hour, authorities said. The eye of the storm just missed Manila, home to more than 12 million people, but the huge winds and bursts of heavy rain brought the city to a virtual standstill. Power in Manila and neighbouring provinces was cut in the morning as branches were torn off trees and electricity lines snapped. 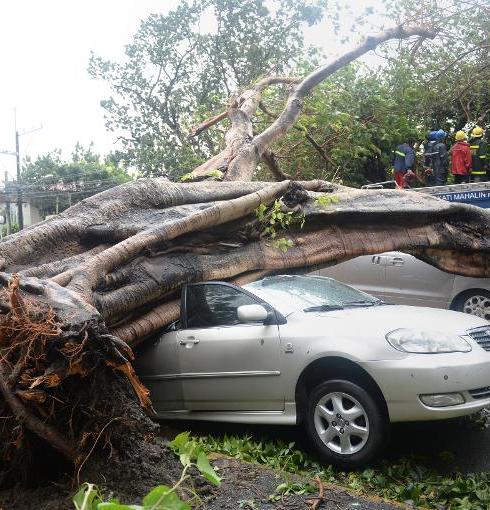