At least 50 people were killed when some 50 insurgents flying black Islamist flags swept into a Kenyan coastal town firing guns in an unprecedented attack, a local government official said Monday. Gun battles began Sunday evening and continued into the early hours of Monday morning, but by dawn, the town of Mpeketoni was reported calm. The insurgents were reported to have been from Somalia’s Al-Qaeda-linked Shebab. Several buildings including hotels, restaurants, banks and government offices were razed to the ground. Cafes and bars were reportedly packed with people watching the World Cup on television when the gunmen attacked.

There were around 50 attackers, heavily armed in three vehicles, and they were flying the Shebab flag. They were shouting in Somali and shouting ‘Allahu Akbar’.

Attackers tried to storm a police post including an armoury, but officers defended the building and fought the gunmen off. It was the latest in a series of attacks or bombings to hit Kenya—most usually blamed on the Shebab or its supporters—but the reported scale and nature of this attack is rare. Kenyan troops crossed into southern Somalia in 2011 to fight the Shebab, later joining the now 22,000-strong African Union force battling the Islamists. The Shebab vowed revenge, carrying out attacks, including one on Nairobi’s Westgate mall in September 2013 in which at least 67 people were killed. 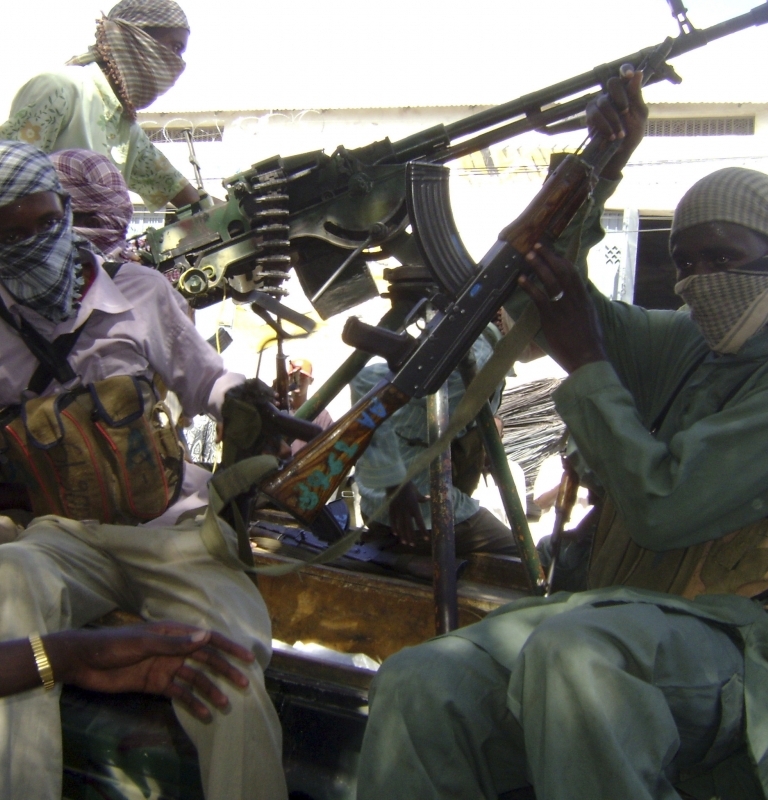