Juan Manuel Santos convincingly won re-election Sunday after Colombia’s tightest presidential contest in years, an endorsement of his 18-month-old peace talks to end the Western Hemisphere’s longest-running conflict. Santos defeated right-wing challenger Oscar Ivan Zuluaga with 53 to 47 per cent of valid votes with 99.9 per cent of precincts reporting. Zuluaga was backed by former two-term President Alvaro Uribe, who many considered the true challenger. The outcome affirmed Santos’ claim to be steering Colombia to a historic crossroads after a crippling conflict that has claimed more than 200,000 lives, mostly civilians.

This is the end of more than 50 years of violence in our country and it is the beginning of a Colombia with more justice and social inclusion.

Zuluaga and Uribe accused Santos of selling Colombia out in slow-slogging Cuba-based negotiations, and insisted Zuluaga would halt the talks unless the rebel Revolutionary Armed Forces of Colombia, known as the FARC, ceased all hostilities and some of its leaders accepted jail time. The campaign was Andean nation’s dirtiest in years, and Uribe alleged widespread vote-buying by the Santos camp right up to the closing of polls. Zuluaga nevertheless graciously conceded shortly after the result became known. Uribe didn’t put in an appearance at his campaign headquarters.

Even skeptics of the peace process voted with Santos. They didn’t want to go back to Uribe-style politics. 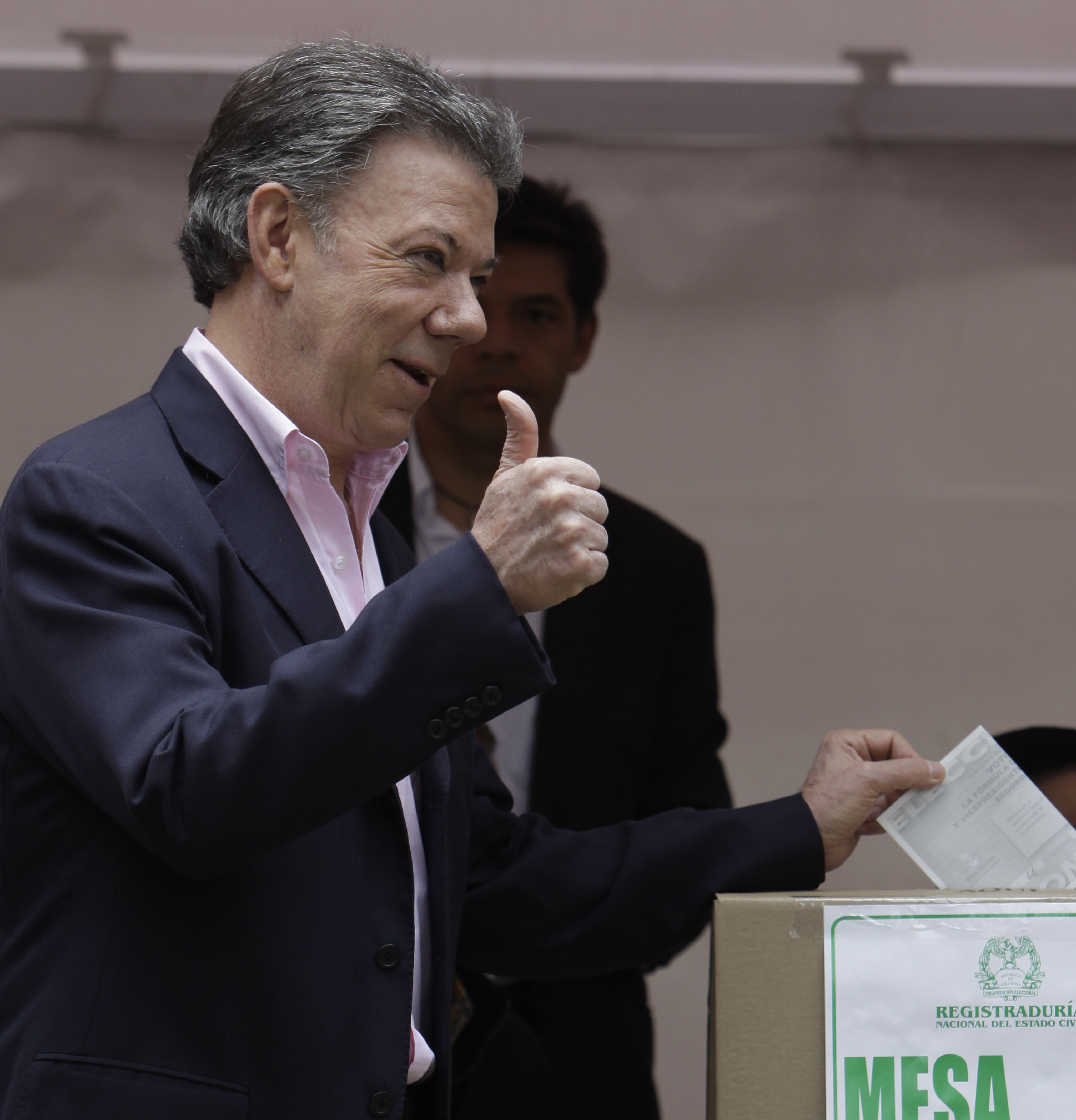