What some have called the worst video game ever made has fetched thousands of dollars for a city in the southwestern state of New Mexico. An old “E.T. The Extra-Terrestrial” game cartridge drew the highest bid among 100 Atari games auctioned on eBay by Alamogordo officials, going for $1,537. The games were part of a cache of some 800 Atari video games buried more than 30 years ago in a landfill and dug up in April. The interest in the games has gone global, attracting online bidders from the likes of Germany and Sweden, snapped up items.

It’s really gratifying to see that happening because again to everybody it was a bunch of garbage in the landfill. You’re kind of nutty to go dig it up.

Joe Lewandowski, a consultant for the film companies that documented the dig

Reports that truckloads of the game were buried in the landfill have been legend since the early ’80s. The “E.T.” game’s poor reception when it came out in 1982 was seen as a factor in Atari’s demise. City documents show that Atari consoles and more than 1,300 games were found, including “E.T. the Extra-Terrestrial.” Some of the other discovered titles include “Centipedes,” ”Warlords” and “Asteroids.” After months of planning with state and local regulators, crews discovered numerous game cartridges on April 26. Alamogordo owns the cartridges because they came from the city’s landfill. The revenue will go to the city and the Tularosa Basin Historical Society.

I keep getting messages from people around the world asking me if there’s any more left, it’s crazy. 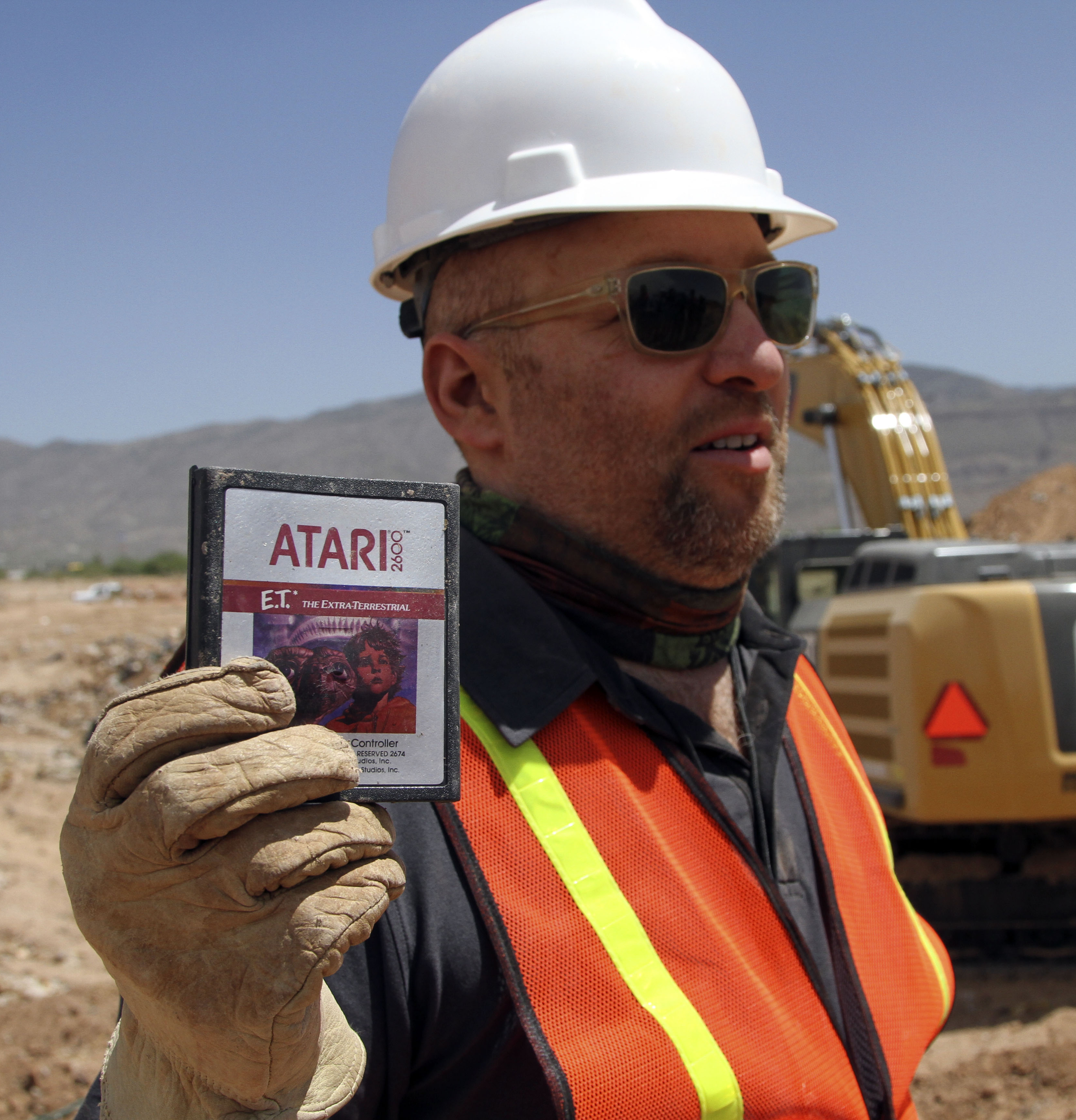