The Australian couple accused of abandoning their sick surrogate baby because he was born with Down syndrome have denied the allegations. It was claimed that the duo, who have not been named, hired 21-year-old Pattaramon Chanbua as a surrogate. But, when she gave birth to twins, it was said they rejected the ill baby boy—and returned to their home taking only the girl. Chanbua, 21, alleged the parents wanted her to have an abortion once medical tests revealed the boy—now named Gammy—had Down syndrome.

She said she refused because of her beliefs as a Buddhist. But the parents allege that they were not even told that their healthy daughter had a twin brother. The father told ABC they had “a lot of trouble” with the surrogacy agency and that the process had “taken every cent we have”. Chanbua, meanwhile, has vowed to “never abandon” the ill 7-month-old tot, who also has a heart defect and a lung infection. Australian Immigration Minister Scott Morrison described Chanbua as a “saint” and an “absolute hero”.

It is terrible, just absolutely horrible and heartbreaking. Sure, there are lots of Australians who are desperate to be parents, but that can never I think sanction what we have just seen here. 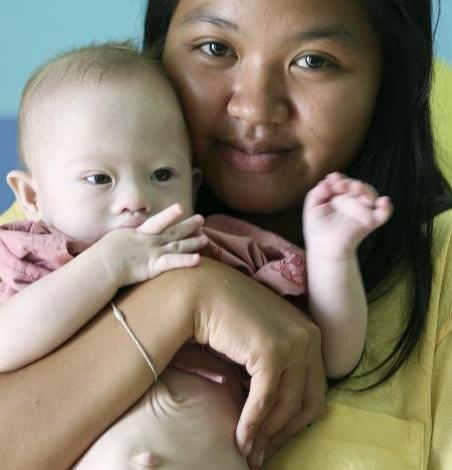