More than a million Honda Motor Co. Ltd. vehicles could be subject to an upcoming recall for Takata air bags that are at risk of exploding and shooting shrapnel at passengers and drivers, according to a person with knowledge of the matter. That would be in addition to 7.6 million vehicles already recalled by Honda and other automakers over the past five years, and the figure confirms what Japan’s Takata believed as of a year ago: that it had finally contained a crisis more than a decade in the making. The total could grow further still if Honda’s rivals like Nissan, Mazda and BMW also decide to fix more vehicles that were made in a two-year period when, Takata says, it botched production of air bag inflators and lost related records.

We temporarily suspended the air bag function on vehicles in Japan until the parts are available because [the ministry] requires a remedy at the time of recall filing. … We considered the lead time of remedy parts preparation, and we prioritized the customer’s safety.

The possible additional recalls would come at a time when General Motors is under scrutiny over why it took more than a decade to discover a faulty ignition switch linked to at least 13 deaths. As automakers promote over-the-horizon breakthroughs like self-driving cars, the industry’s mass safety-related recalls underline how much can still go wrong with some of the cheapest, most established technologies. 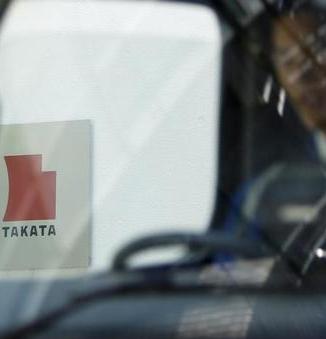