Police in Kosovo fired tear gas and rubber bullets on Sunday at ethnic Albanian rioters burning police cars and lobbing rocks in the ethnically divided town of Mitrovica, in protest at the blockade of the main bridge by ethnic Serbs. A Reuters reporter saw Polish special police units, part of a European Union mission, open fire with rubber bullets, during one of the worst bouts of civil unrest since Kosovo declared independence from Serbia in 2008. The violence broke out when several hundred Albanians, protesting over the Serbs’ closure of the bridge for the past three years, began hurling rocks and bottles at Kosovo police.

Any attempt to find a solution through the use of violence will further escalate the situation and will be a step backwards.

They set fire to cars belonging to the officers and the EU law and order mission; Kosovo police responded with tear gas. Mitrovica has been a frequent flashpoint between Serbs and Albanians since Kosovo’s 1998-99 war, when NATO intervened with 11 weeks of air strikes to halt the massacre and expulsion of Albanians by Serbian forces waging a counter-insurgency war. Serbia does not recognize Kosovo as independent, but agreed to give up de facto control over a small Serb pocket of northern Kosovo last year under a deal brokered by the EU. 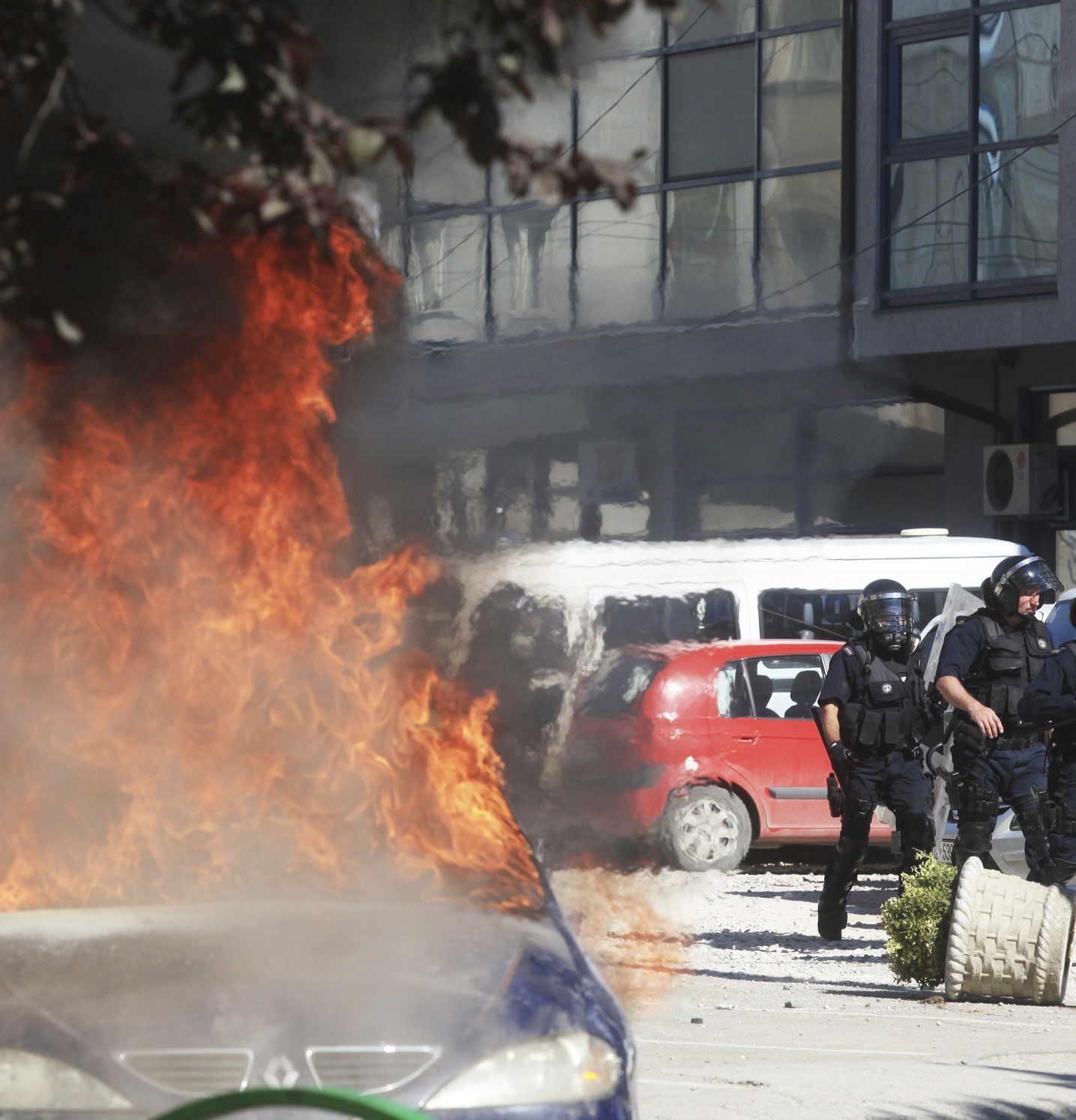