Poor weather was the most likely cause of the crash of an Air Algerie flight in the West African country of Mali that killed all 118 people on board, French officials said on Friday. The tragedy completely wiped out several families. Investigators at the scene of the crash in northern Mali concluded the McDonnell Douglas MD-83 aircraft broke apart when it smashed into the ground early on Thursday morning, suggesting this meant it was unlikely to have been the victim of an attack. The crash site lies about 80 km south of the northern Malian town of Gossi, near the Burkina Faso border.

We’re not even sure that we can piece together the bodies they have been so badly destroyed.

Around 180 French and Malian forces have arrived on the crash site to secure it and gather information. Swiftair has a good safety record and the head of France’s civil aviation authority said Thursday that the MD-83 had passed through France this week and been given the all-clear. The Spanish pilots’ union Sepla said the plane’s two Spanish pilots were “very experienced”. Malian authorities said they were opening an international inquiry into flight AH5017. This is the worst air tragedy for French nationals since the crash of the Air France A330 from Rio de Janeiro to Paris in June 2009.

The plane’s debris is concentrated in a small area but it is too early to draw conclusions. There are theories, especially the weather, but I’m not excluding any theory. 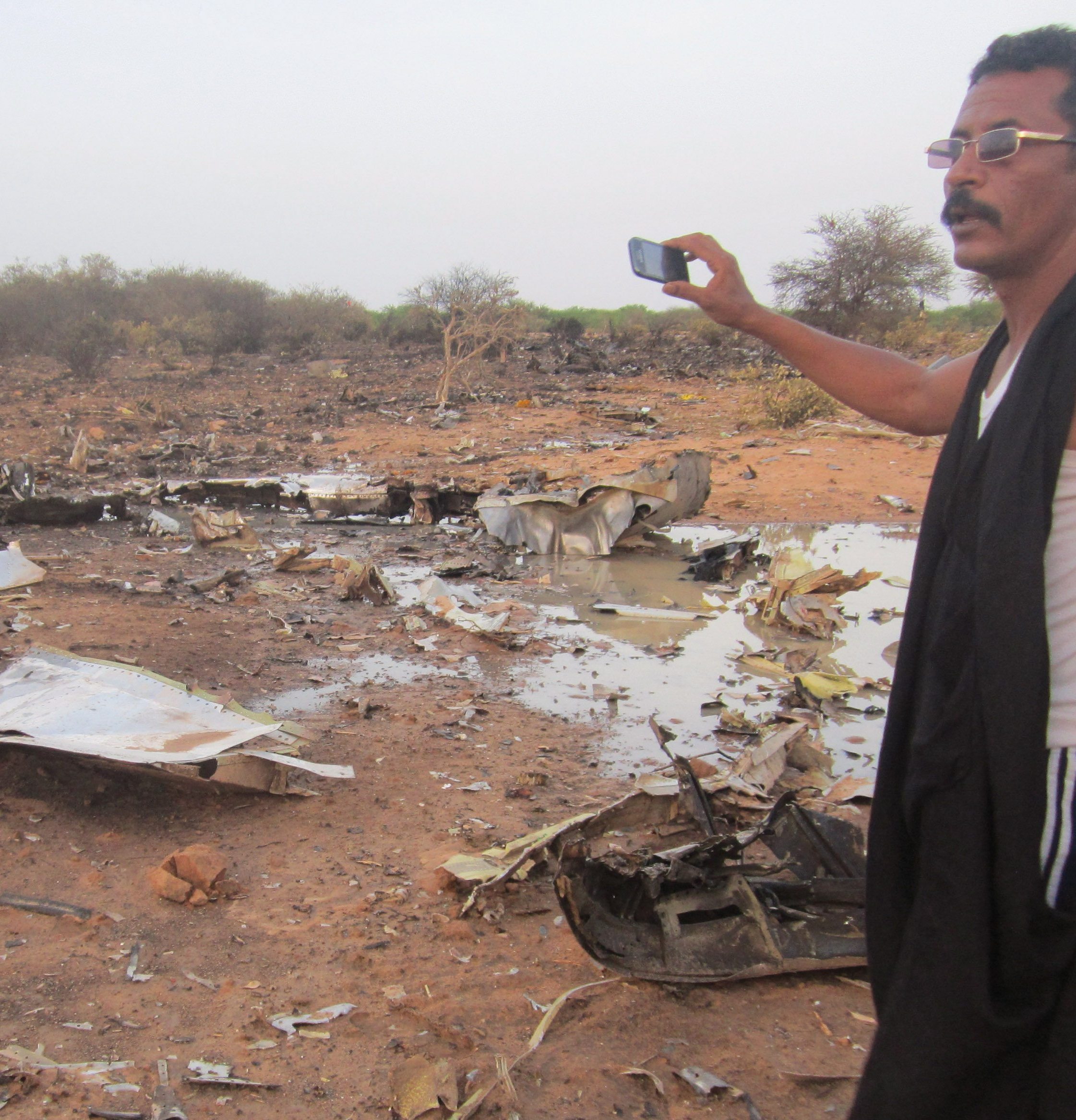