Banksy fans were left distraught after waking up to discover the artist’s piece ‘Spy Booth’ has been vandalised overnight in Gloucestershire, UK. The graffiti work in Cheltenham was covered in daubings from a spray can, throwing $170,000 efforts to save it for the community into chaos. ‘Spy Booth’ was confirmed as an original Banksy by the artist only recently.

We’re really upset because we’ve worked so hard to get to where we have, and this a real setback.

Angela da Souza, who leads Save the Banksy group

It soon attracted the vulture-like art dealers who began proceedings to remove it from the wall – probably to sell at auction like other works by the reclusive stencil artist. But now the whole future of the piece is in doubt, with campaigners in a “race against time”. The spray paint must be removed quickly in order to preserve the artwork beneath. But most graffiti removal methods are abrasive, which could damage Banky’s work that has been covered by the spray paint. 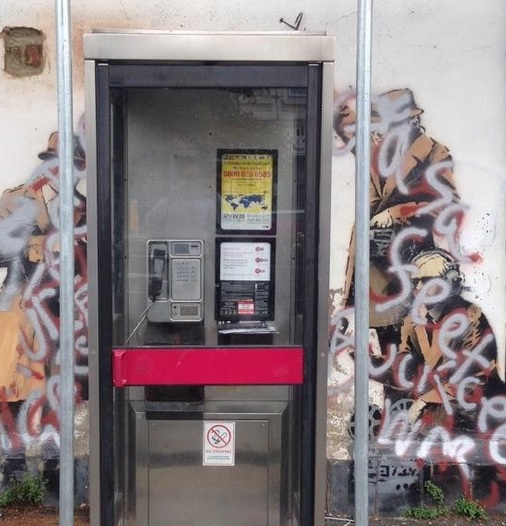