Amazon tribe making contact with outside world ‘were massacred’

A group of indigenous Amazon people who were filmed emerging from the Brazilian rainforest and making contact with the outside world may be facing violent attacks from illegal loggers and drug traffickers who are exploiting the densely forested region, according to an advocacy group. After years of living in isolation from the outside world, several young members of this “uncontacted” tribe recently entered a nearby settled community in Brazil. Through interpreters, they told harrowing stories about their encounters in the forests.

The majority of old people were massacred by non-Indians in Peru, who shot at them with firearms and set fire to the houses of the uncontacted. They say that many old people died, and that they buried three people in one grave.

Survival International, a group that advocates for tribal people’s rights

In late June, a few members of the tribe emerged from the forest and voluntarily made contact with Ashaninka people in the village of Simpatia. A video clip of this initial contact emerged yesterday, showing young tribe members exchanging bananas and other goods. Most of the tribe members appeared healthy at first. But after several visits to Simpatia, some showed flu-like symptoms. Earlier this month, seven of them were treated for acute respiratory infections. Influenza epidemics have wiped out entire tribes in the past. 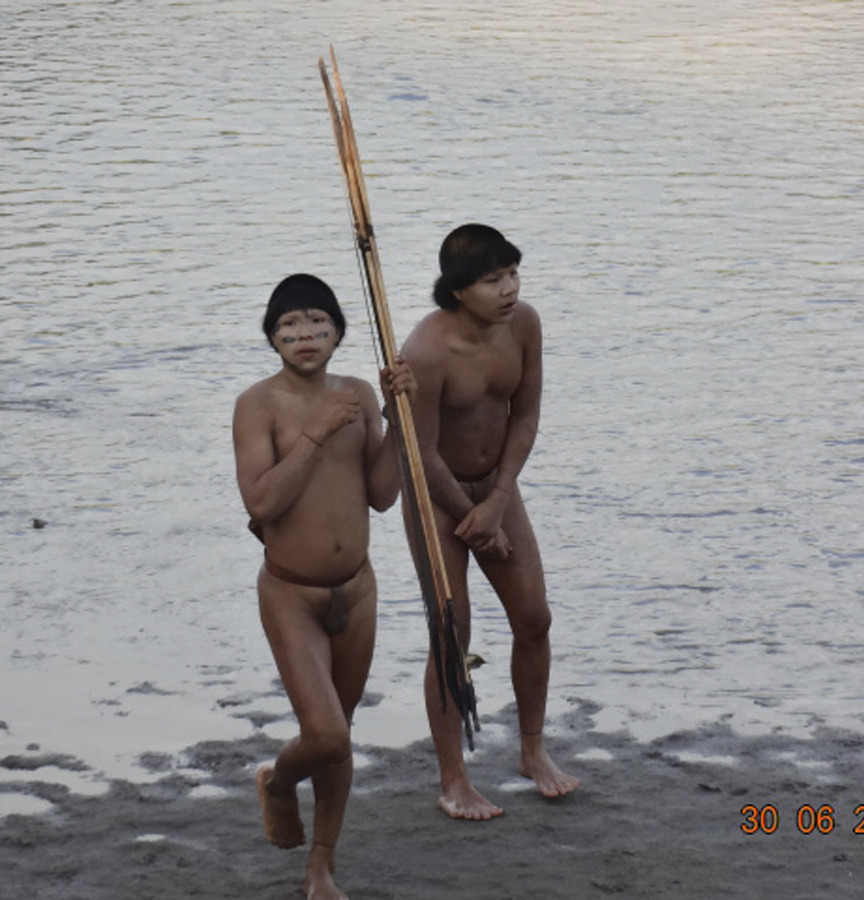