A Spanish court will push ahead with the process of prosecuting Argentina and Barcelona forward Lionel Messi for alleged tax evasion despite a recommendation from the public prosecutor the charges be dismissed. The prosecutor argued in June that Messi’s father Jorge was responsible for the family’s finances and not the four-times World Player of the Year. However, the court in Barcelona decided Lionel Messi (pictured above) could have known about and approved the creation of a web of shell companies allegedly used to evade taxes due on income from image rights.

Lionel A. Messi was not involved in the decision-making on the management and channelling of his income and did not really know the scope, size, purpose or effects of the corporate network.

A statement for the prosecution from earlier this year

The judge in the case ruled the case against both Messis should continue, according to a statement published today. Messi and his father were accused last year of defrauding the Spanish state of more than £3.1 million by filing false returns for the years 2006 to 2009. They have denied wrongdoing. One of the world’s highest-paid athletes, Messi earns just over £23.5 million a season in salary and bonuses, according to Forbes magazine, as well as about £13.5 million from sponsors. The news came as the Argentine economy comes perilously close to crashing - as it is just three days away from defaulting on its debt for the second time in 12 years.

There is sufficient evidence [that Lionel Messi] could have known about and consented to the creation and maintaining of a fictitious financial structure.

Judge presiding over the case 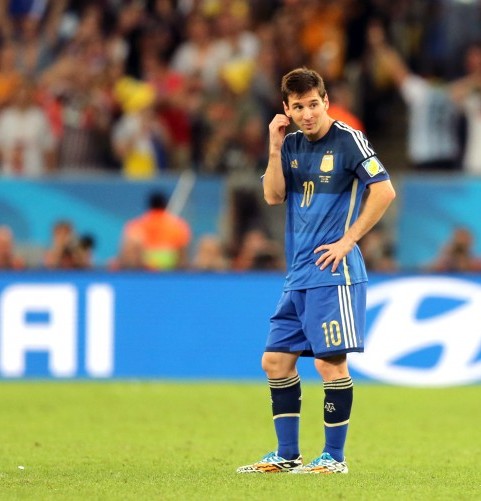